Have any of you ever wanted to know why is Toronto called the 6? While Toronto (Canada’s Sin City and also the largest city) has also had many nicknames over the years, none have had the same influence as the 6. The moniker has spread beyond Toronto and even the Canadian coastlines.

Folks from all over the globe now refer to Toronto as the 6. Despite the hype, many people would struggle to clarify why Toronto is known as the 6, let alone its origins.

Continue reading to learn how Toronto came up with its most well-known moniker!

Why is Toronto called the Six?

The Toronto-born musician Drake popularised the term “The 6,” which relates to the six municipalities that comprised Metro Toronto prior to its amalgamation in 1998.

The name also makes homage to the first authorized area code of the city, 416.

On The Tonight Show Starring Jimmy Fallon, Drake said that although he thought about naming it the 4, he finally went with the 6ix because it “just sounds cooler.”

The word has been embraced by other Toronto-based musicians including The Weeknd & PartyNextDoor, and it is now an integral part of the city’s hip-hop scene.

While some have criticized the term as exclusionary, others believe it is a brilliant way to reinvent the city and encourage Toronto artists on a worldwide scale.

When The 6ix became a prevalent pseudonym for Toronto, people all over the world, including Toronto, had no clue what the word meant, let alone its origins. According to CBC News, it was initially unclear since “Why is Toronto called the 6ix?” was one of the top Google searches in the country in 2019.

In all seriousness, there are two conflicting theories.

The most compelling is that long before Drake became famous, residents of what is now the City of Toronto had area codes beginning with “416,” while those in the surrounding area used “905”. Historically, everyone was in the 416 area code, so to distinguish the “City of Toronto” from the “Greater Toronto Area,” the former would be referred to as the “416” and the latter as the “905”.

Nevertheless, if you’re a young person in Toronto, you’re more likely to use the new “647” area code, which is also exclusive to the city. As a result, “6” could be the final digit of 416 or the first of 647.

Other nicknames for the city of Toronto include The Big Smoke, T.O., and Baby New York. However, in 2015, the city gained the top of the range, perhaps its most famous nickname.

All of these varying configurations of monikers over the decades imply that the identity of the town continues to remain in flux and shift generationally. It’s good that the identity remains unsettled. The fact that Toronto is such a melting pot of cultural influences contributes to its creative tension.

1. Some other nicknames for Toronto by its city residents

The phrase “the 6ix” was first used by Toronto-born rapper and hood legend Drake in 2015. On his 2015 album “If You’re Reading This, It’s Too Late,” Drake features a song named “6 God.” One of Toronto’s best-known imports, the self-described “6 God” has a loyal following in his native city.

Drake was the one who first used the phrase “6ix” to refer to Toronto. Toronto and maybe the 6ix is said to have been introduced to the charts by Drake, but this was just the start.

This nickname’s popularity would shoot through the roof in April 2016. During this period, the rapper decided to release his album “Views From the 6.” Commercially, the album did well, making millions of album-equivalent components.

It even made it to number one on the Billboard 200 in the United States. As a result of “Summer 16,” Drake and Toronto had a successful year. People quickly began calling Toronto by its new name. Although the album’s title was later cut short to “Views,” the nickname stuck.

3. Who coined the term “Six for Toronto?”

For years, it has been heavily debated who invented the term “6ix.” Many people believe Drake invented the nickname because he popularized it. The truth is that he didn’t. Jimmy Prime and Oliver North have earned this distinction.

During an interview with Nardwuard in the Toronto Sun, Drake clarified that, contrary to popular belief, he did not coin Toronto’s nickname. Jimmy Prime and Oliver North, two rap talents from Toronto, are credited with creating the word.

4. How Popular is the 6ix Nickname?

People in Toronto vastly underestimate the popularity of the 6ix name. Many other artists, including Loud Luxury, have followed Drake’s lead by having to mention the 6ix in their songs. And business owners all over town have proudly incorporated the 6ix into their names.

In 2017, Loud Luxury, a Canadian music producer and DJ duo, released the song “Body.” The song’s lyrics include the phrase “the six,” which refers to Toronto.

Additionally, it’s the pair’s “breakthrough hit,” charting in the top 10 of several nations. making use of the music business to spread awareness of the 6ix word worldwide.

You’ll see bars and eateries with the number 6ix in their names if you stroll the streets of Toronto. 6ix Fried Chicken, 6ix Pizza, and 6ix Doughnuts are all references to Toronto and its most recent name.

“The 6ix” has formally taken the top spot among Toronto’s nicknames, has a new brand associated with it, and is a word that will continue to be used in Canada and across the world.

After teasing the concept of NFT, the group announced the “Toronto Raptors 6ix Keys Collection,” the franchise’s first official NFT Collection, on Tuesday. According to the team’s release, keyholders will be able to “unlock unique perks, from first-look access to signed game-worn memorabilia and curated VIP experiences.”

The City, The Team, The Player, The Past, The Future, and The Game.

Auction NFTs will be available for purchase by the winning bidder, and users will be able to put bid prices across NFTs as shortly as auctions begin.

Champions will receive a unique Raptors NFT Key in their DropShop library when the auction is over.

“Rare” keys could come with more extensive experiences, such as match apparel, autographed trinkets, reservations, and tickets to a game in the future season. A glimpse of the Larry O’Brien Trophy, court time at Scotiabank Arena, and more personalized and one-of-a-kind experiences come with “legendary” keys.

In 2022, Drake solidified his status as one of the world’s most popular artists. He has released three albums since “Views,” and he remains as prominent as ever. People will listen when a composer as big as Drake declares Toronto to be the 6ix.

Despite what people think, Drake did not invent the 6ix, but he did popularize it. Millions around the world now refer to Toronto (the largest city in Canada) as the 6ix, and we can thank Drake and Drake fans for that. 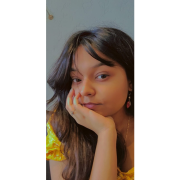 What is Poutine? 6 Interesting Facts About The Dish