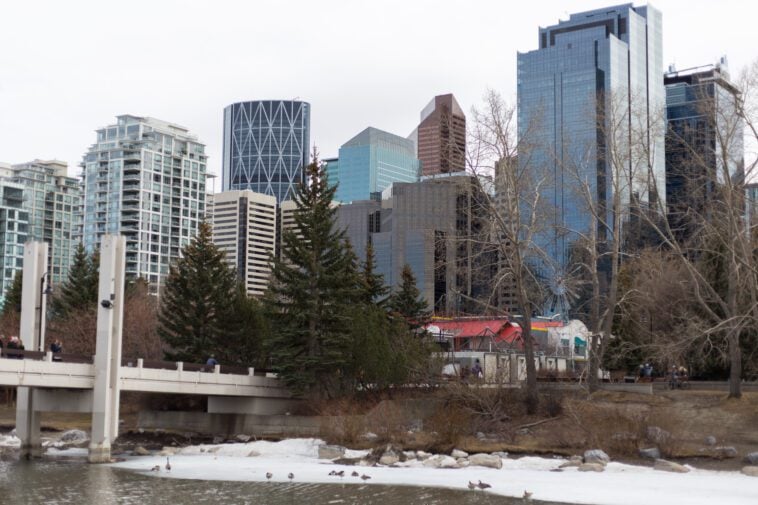 The city of Calgary located in western Canada is an awesome destination for many well-known activities and locations in the world. At Calgary, visitors can experience the spectacular Stampede Festival, be a part of the Calgary Flames, explore the Rocky Mountains, and other things to do in Calgary.

The city of Calgary with its beautiful Bow and Elbow rivers flowing through it is also known for its exquisite public art and an amazing skyline.

16 Wonderful Things to Do in Calgary

1. Learn the Wonders of Wildlife at the Calgary Zoo

The Calgary zoo is not just a place to see animals but it is regarded as a Global Authority for Animal Stewardship and Conservation. The Calgary zoo is a global centre like many accredited zoos and aquariums across the world for animal welfare, wildlife conservation, protection for endangered wildlife both in Canada and Globally.

It can be reached through the Calgary C-train system, by car through the Memorial drive, and by foot or cycle through the Bow river pathway. The Calgary zoo is divided into many interactive exhibits in its vast 92 acres of land.

Things to Do in Calgary- The Calgary Zoo

There can never be a dull moment at the Calgary zoo as the place is big enough to have an entire day trip. Among the things to do in Calgary, a visit to the Zoo will keep the entire family entertained for many hours.

2. Experience the Spectacular Winter Olympics at the Canada Olympic park

The Canada Olympic Park is the winter sports venue of the 1988 Olympics. It is the place to visit to experience the glory of the Olympics.

The visitors to the Park have some spectacular treats waiting for them. The Park is being used to train athletics and as a winter sports venue.

Things to Do in Calgary – Canada Olympic Park

The Olympic Park is open to the general public for recreational purposes and it sure will thrill anyone looking for an outdoor adventure. Here are some of the things you can do here:

3. Take a Trip Down Memory Lane at The Heritage Park Historical Village

The museum transports visitors to 19th century western Canada. The park’s historical buildings are decorated and furnished with artefacts from the 1860s till the 1950s. One of the most enjoyable things to do in Calgary is a visit to the Heritage Park historical village and the visitor is bound to enjoy this awesome place.

Anyone wishing an experience of living in the 19th century will seldom return disappointed from the Heritage park historical village.

The museum captures the rich history of western Canada. The vintage vehicles, antique gas pumps, and memorabilia of the automobile industry will leave visitors to the Gasoline alley museum a memorable day to remember.

4. Venture Out in Downtown Calgary

Downtown Calgary is located in central Calgary, Alberta, and population-wise it is the fourth largest city in Canada. With several residential, commercial, corporate, and multiple neighbourhoods such as Eau Claire, Chinatown, East village, Beltline, and the West End, Downtown Calgary is the commercial core of the city.

Downtown Calgary’s commercial core is divided into the following districts:

Things to Do in Calgary – Downtown Calgary

Downtown Calgary is an area that offers visitors a host of activities and places to visit. With historical buildings, modern skyscrapers, art installations, and displays, and an endless number of eco-friendly restaurants, Downtown Calgary has much to offer to an enthusiastic traveller.

5. Experience the City of Calgary on Top of The Calgary Tower

To commemorate Canada’s centennial in the year 1967 and as a part of the urban renewal plan, the Husky Tower or the Calgary tower was set up and built-in downtown Calgary, Alberta, Canada. The tallest building in Calgary, the Calgary tower is 191 meters tall and has a free-standing observation deck on top.

The Chinese Cultural Centre, the Fort Calgary, the Heritage park historical village and Winsport are some of the landmarks in Calgary city that can be viewed from the observation gallery

The LED show at the Calgary Tower has 132 LED lights that perform a light show daily from 5 am to sunrise and once again from dusk until midnight. The light show also celebrates major holidays, cheers sports teams, and local festivals. Apart from the 360-degree view of the city, the Calgary Tower standing on top of the glass floor offers multimedia tours of the city.

The ultimate place to see and a wonderful place to experience the major Canadian city, visiting the Calgary Tower is one of the most awesome things to do in Calgary.

6. Take a Fun Day Trip to The Eau Claire Neighbourhood

The Eau Claire neighbourhood is in the North part of Downtown and south of the Bow River. One can never miss the riverside condominiums, shopping, restaurants, public plaza, and ever-popular urban parkland.

The area is popularly named the Festival District as a large urban park. The Prince’s island park plays host to many summer festivals such as the Calgary Folk Music Festival, Carifest, and Shakespeare in the Park.

7. Take a Much-needed Break at The Eau Claire Park

The parks at Eau Claire are lovely with their enormous playgrounds, picturesque riverside views, breathtaking art installations, and the perfect picnic spots. It can ever be a dull moment for the whole family at the Eau claire park as there are many creative ways to spend an eventful day.

The parks have some of the best spots to enjoy great outdoor activities that can never leave anyone bored. Some of the greatest outdoor experiences can become a reality with a trip to Lowes County Park.

If the passion is art then head straight to the Sculpture Tour Eau Claire or if it is to be a relaxing day on a hammock, then Owen Park would be the answer with its trees that are a perfect distance for a comfortable mock sesh.

So you see there is something for everyone at Eau claire park. A relaxing place to stroll by the banks of the Bow River, a unique shopping experience at the Eau claire market are some of the lovely things to do in Calgary Eau claire park.

8. Go on a Hiking Trail on Prince’s Island Park

An urban park named after Peter Anthony Prince, the founder of the Eau Claire Lumber Mill is a well-known park situated on an island on the Bow River. So if there is a dilemma on things to do in Calgary then please head straight to this urban park.

The Prince’s island park is part of the hiking trails system that lines both sides of the Bow River. A lovely piece of land that has some of the most beautiful natural landscapes creates a wetland environment

Some of the common birds that can be found at the park are the Canadian geese and the mallard ducks. As a host to many music festivals, the park is the place to visit Calgary during the Calgary music festival.

Things to Do in Calgary – Prince’s Island Park

9. Float Down Leisurely Down the Bow River

A river in Alberta, Canada, the Bow River has its origins from within the Canadian Rockies and flows through the foothills onto the prairies and meets the Oldman River.

The Bow River runs through the city of Calgary. At Fort Calgary, the waters mingle with the Elbow River. Due to the moving water, Bow river is an amazing place to do paddle boarding.

Considered one of the most fun things to do in Calgary, Paddleboarding on the bow and elbow rivers would truly be an exhilarating activity for an outing at the river.

10. Have a Blast at The East village

Another terrific place located in Downtown Calgary is the East Village contained in the city’s Rivers District. Many believe that it has moved past the rough side of town and has become a favourite neighbourhood in Calgary.

Things to Do in Calgary- East Village

11. Take a Look at Calgary’s History at The Glenbow Museum

Some of the finest collections of Calgary’s history can be found at the Glenbow museum. For a history lover, this place is a must to visit to view its 30000 art pieces and over one million exceptional artefacts that will give a peek into Calgary history.

All one needs is half a day to visit this marvellous place that is so well organized despite the number of exhibits. This fascinating museum definitely would be one of the best things to do in Calgary.

Northwest Mounted Police set up an indigenous site for colonial occupation called the Fort Calgary, which was prepared for the new settler-colonial community.

Fort Calgary remains a part of the significant history of Calgary that helps visitors to discover the past and create a better future for themselves.

Things to Do in Calgary – Fort Calgary

13. Get Mesmerized Looking at the Mountains in The Canadian Rockies

The Canadian Rockies have some of the most beautiful and highest mountains in Alberta. Spanning through the provinces of British Columbia and Alberta, the Canadian Rockies are a mountainous region that is filled with rugged, ice-capped mountain peaks, beautiful alpine lakes, a lovely nature centre to wildlife, and the best place for the greatest outdoor activities.

Things to Do in Calgary- The Canadian Rockies

14. Have a Fun Day at Canada’s Sports Hall of Fame

A terrific place to enjoy as a family, the sports hall of fame is located at the heart of Calgary. Those interested in sports or are keen to learn more about the athletes will love the Sports Hall of Fame.

Things to Do in Calgary- Canada’s Hall of Fame

A dream come true feeling for any sports lover, the museum will thoroughly stimulate the minds of any individual visiting it.

A cultural centre in Calgary, the Studio bell is 160000 square feet National music centre. It has five floors of interactive exhibits that include a museum, performance hall, a live music centre, studios, a radio station, and a media centre.

Things to Do in Calgary- Studio Bell

16. Ride The Rodeo at The Calgary Stampede

The Calgary Stampede is a ten-day event held every July in Calgary. It combines an annual rodeo, an exhibition, and a festival that attracts over one million visitors every year.

The world-famous Calgary Stampede is a community organization that seeks to preserve and promote the heritage and culture of the western community.

The community desires to create a gathering area that is available all year round by inviting serious-minded volunteers to oversee the day-to-day operations of the Calgary Stampede.

Things to Do in Calgary – Calgary Stampede

For whatever reason, one is heading to the Calgary Stampede, be sure to be entertained at the greatest outdoor show on Earth.

Other Things to Do in Calgary

Calgary is obviously a city that has much to offer to its visitors. Whether the city is visited for the vibrant inner-city parks or to explore the festival season, there are various things to do in Calgary and the city will welcome any number of visitors to its fold with open arms. 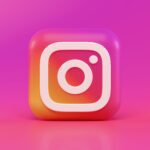