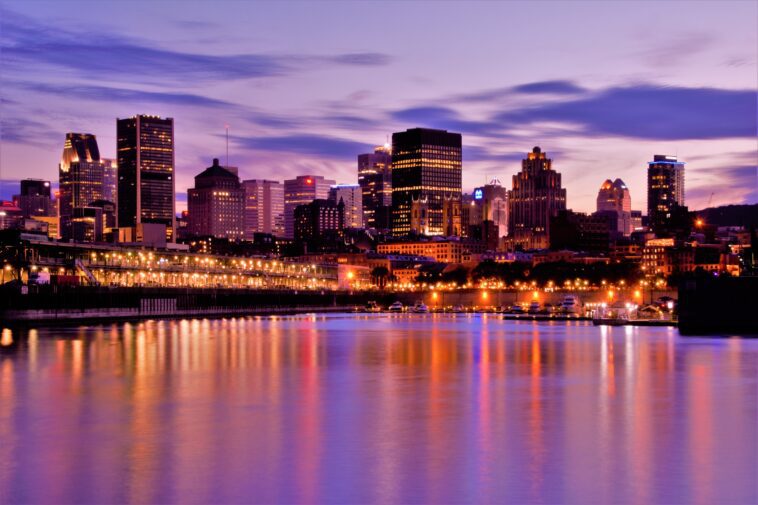 Photo by Marc-Olivier Jodoin on Unsplash

The best way to describe Montreal would be that it is a fusion of old French charm and the urban bustle that somehow works together to make this city the cosmopolitan hub.

Over its history, this Quebec city has grown tremendously with prosperity in the trade and communication routes, which put it right in the middle of being the prime location for the manufacturing industry and finance.

Planning to visit Montreal? Read to know about some of the best things to do in Montreal.

Some Of The Best Things To Do In Montreal

One more thing that comes to mind about this city is its architectural history and the renaissance-era buildings. It sits alongside the modern glass-walled high-raised towers showcasing the city’s strive to preserve its cultural roots while being modernized with time.

The city offers its old to modern transition and rustic charm. Though quite a pleasant city to visit throughout the year, the best time for visiting Montreal is in the spring, around March to May, and again during late summer, September to November, when the weather is milder and pleasant. But, be warned, the hotel bookings usually run out during these periods with tourists.

For over a century, Montreal has been one of the most famous tourist spots in the nation. The fine art museums, fantastic day trips, hot mulled wine, pancakes with fresh maple syrup, and Boulevard Saint Laurent are some of the major attractions of this place.

So, here are some of the best attractions for things to do in Montreal.

Take a walk through the cobblestone streets of the historic old Montreal neighbourhood on Saint Paul Street, or better yet, enjoy a horse-drawn carriage ride while you are at it (you never know when you will enjoy it again), which will take you back in time and give you a patriarchal feel.

In addition to this, do not forget to explore the little souvenir shops and street vendors right on the sidewalks along the streets of the Old Montreal neighbourhood. If you are parched and need to refresh, quite a few restaurants and bakeries will serve you a wide variety of French beverages and baked loaves of bread.

2. Explore The Thrills Of The Old Port (Vieux – Port)

As you walk out of the old Montreal street, around the Saint Lawrence River, you see a bustling neighbourhood that will draw your attention and brighten your mood.

Here, you will find many fun things that you can explore, like a joy ride on the Giant Ferries Wheel, an opportunity to climb atop the clock tower to check out the panoramic view, or a much better zip line right over the open stream of water.

Alongside all these, you can sit by the riverside in the summers, where a few beach chairs are arranged by local cafes and restaurants that serve some refreshments and food.

To the eastern sector of downtown Montreal is the fine arts and entertainment district known as Quartier des Spectacles, which is the hub for many art galleries and film conservatories.

And right at the heart of the district is the centrepiece, the ”Place des Arts,” a performing arts center that hosts quite an exquisite orchestra, a natural history museum, and a world-renowned opera troupe.

Also, the exact location is home to Salles du Gesu, the oldest theatre in Montreal.

If you happen to stroll through in the late evenings, you will find several street arts on most of the buildings, plus the whole area is like an illusion of colourful dancing lights from the laser shows.

In combination with all the light shows, the very geographically placed fountains will mesmerize you and leave you amazed. Adding to this are the ice-skating shows that are very popular in the winter.

4. Race Down To Circuit Gilles Villeneuve

If you are an adrenaline junkie and a thrill-seeker, do not miss the chance to visit the racetrack at Circuit Gilles Villeneuve, especially during the May to July session.

The track has played host to quite a few races, right from NASCAR Xfinity Series to the FIA World Sportscar Championships and the Canadian Grand Prix.

Explicitly known for its hairpin turns and sharp curves, it has earned itself quite a reputation as the wildest track in the world.

Of course, “The Wall,” which is at the last chicane close to the finish line, has crashed into several skillful drivers and champions alike. For this reason, someone has cheekily christened it as Bienvenu au Quebec (Welcome to Quebec).

5. Indulge In The View From Mount Royal

It is situated right in central Montreal, about 250 meters above the city and is filled with lush greenery. The top view is breathtaking and relaxing, offering a panoramic view of the Li de Montreal and St. Lawrence.

But the best part of taking this mountain trail is a breath of fresh air as you take a leisure stroll through the well-paved path, breathing in the fresh air while enjoying the warm summer breeze.

Once you reach the summit, the path leads you to the monuments in honour of King George VI and Jacques Cartier, along with the view of the mount royal cross.

Suppose you can muster some more energy and go further towards the western slope. In that case, several cemeteries of various prominent people from divergent ethnicities throughout history have inhabited the region and laid to rest.

As you come out of Mount Royal Park from the western side, you will come across St. Joseph’s Oratory and which is the patron saint of Canada. It is quite a popular site for pilgrims and tourists due to the Renaissance-style basilica and the surrounding gardens.

Adjacent to the Oratory, there is an observatory and the Montreal planetarium that are part of the sanctuary on the northwestern side which gives you a lay of the land over Montreal and Lac Saint – Louis.

It is the oldest church in this place and a national historic site.

The vaults and sanctuary are beautifully decorated with vibrant colours such as blue, red, purple, silver, and gold, giving the whole place a spiritual and holier feel.

The church also houses several religious figures and carvings dating back to the renaissance era. One more exciting fact unique to this church is that the glass panels on the exterior do not depict biblical scenes. Instead, it showcases the vast religious history of the city.

Try to visit during the holiday session. You will see the true beauty and glamour of the basilica with mesmerizing decorations, glittering lights, and carols.

Montrealers avoid the harsh weather during peak winter by utilizing the tunnelled city RESO (for reseau, meaning network in French) to keep up with the daily chores.

It is a multi-level network of tunnels and stairways that connects many shops, theatres, metro stations, malls, hotels, even schools, churches, and offices, bringing people from various walks of life together.

It stretches over 12 km’s of the most densely populated area in the city center, ensuring convenient access to the public. For a tourist or an outsider, these tunnels are an indoor maze and replicate the look of a vast shopping mall.

If you search for peace and tranquillity through nature’s creation, this is the best place to visit, “the Montreal Botanical Gardens.” It is not only an escape from the city’s commotion but also gives a chance to listen to your inner voice and introspect.

The garden boosts to hold over 22,000 species of plants and cultivars across the globe.

It’s built based on the concept “Space for Life,” which means there should always be a space for everything to grow and nurture.

The place has about 10 greenhouses for exhibitions, 30 thematic gardens, an indoor waterfall and a two-tiered space to hold some of the significant horticultural events.

Through being a popular tourist attraction throughout the year, most of the events take place during the spring and early summer seasons to showcase the allure of these species in their full blossom.

As we explore this beautiful city, we are sure we can get to experience countless hidden treasures.

Further to the ones jolted down, here are a few worthwhile mentions of things to do in Montreal

People who have visited Montreal have said that this place is beautiful at its best. It is considered one of Montreal’s specialties.

Whenever you plan to visit Montreal, give the best things to do in Montreal a try. 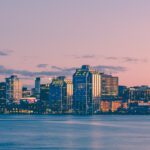 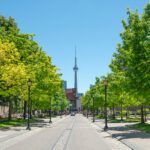