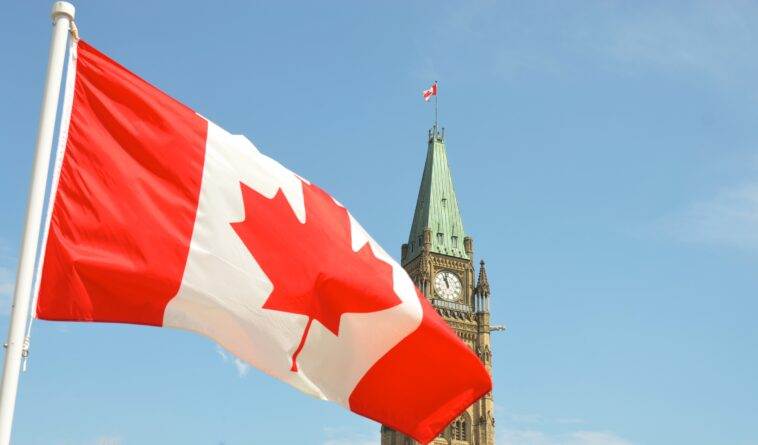 Photo by Jason Hafso on Unsplash

No matter how much fun they’ve made of the great white north Canada in the show HIMYM. Whether it was about their dressing sense, English accent, or even their currency (ahem, which is quite funny, Loonie and Toonie!), Canada is great with some remarkable records and facts. This time let’s find out which is the national animal of Canada and the story behind it.

It takes decades for every country to build its constitution, culture, rules, and symbols with the help of its citizens. Over the past century, the Government of Canada has formally adopted the official symbols and is now considered as official symbols of the country.

Let’s find out about all the famous symbols representing Canada and Canadian History, including the country’s national animal, the national flag, the maple leaf, and all the Canadian symbols!

The declared national tartan is fairly new, as it became an official symbol of Canada on the 9th of March, 2011. David Weiser created it in 1964 to commemorate the 100th anniversary of Canada’s Confederation in 1967.

The name is because the colours were inspired by the maple leaf and the changing seasons, where green represents the colour of the maple leaf during summer, gold for early fall, and red and brown for winter.

The National Tartan is worn proudly by the Royal Canadian Regiment Pipes and Drums but has also been worn by 2nd, 3rd, and 4th battalions.

The Canadian national motto “A Mari Usque Ad Mare” is translated as “From Sea to Sea” and “D’un océan à l’autre'” in French. After deriving the phrase from the Latin translation of a Bible verse, the motto was officially made a national symbol on the 21st of November, 1921.

The Canadian national motto “A Mari Usque Ad Mare” is translated as “From Sea to Sea” and “D’un océan à l’autre'” in French. After deriving the phrase from the Latin translation of a Bible verse, the motto was officially made a national symbol on the 21st of November, 1921.

Exceptionally, there are two national sports played in Canada.

Ice hockey is the national winter sport, whereas lacrosse is the national summer sport declared by the parliament. These actions were passed on the 12th of May, 1994, as the National Sports of Canada Act.

The national colours of Canada, Red, and White, became official on the 21st of November, 1921, due to the Canadian Coat of Arms proclamation by King George V.

The colours are rooted in the 11th century, used in the first crusade. Later, each nation was identified by a cross of a different colour. For a long time in history, France used a red cross on its banners, while England carried a white cross.

The maple tree was not the traditional national symbol until 1996, despite the maple leaf’s close association with Canada.

There are nearly 150 different species of maple, but only 10 of them grow in every province in Canada.

Canada’s national anthem, “O Canada,” was proclaimed the national anthem on the 1st of July, 1980. It’s believed that the song was first sung in the year 1880 in the city of Quebec.

A composer born in Vercheres (Canada East), Calixa Lavallee composed the music for the national anthem. Written by Adolphe-Basile Routhier, a french poet born in Lower Canada, to accompany the anthem.

Canadian Bunchberry or Cornus Canadensis is the popular choice for Canada’s national flower. A nationwide contest to celebrate Canada’s 150th anniversary, sponsored by Master Gardeners of Ontario, has voted the bunchberry as the winner making it the new national flower of Canada.

The colours in the national flag of Canada are red and white, with a distinctive maple leaf in the middle. Over the years, after a considerable amount of discussions, the Canadian flag was officially adopted on the 15th of February, 1965, when it was raised for the first time over Parliament Hill.

Every 15th of February is National Flag day in Canada. The lovely red and white colour pattern is from the ribbon of the country’s General Service Medal of 1899. It was a British medal of honour given to the people during the 19th century who defended Canada in the battles. And from Canada’s Military College.

And now drumrolls for the national animal of Canada.

The beaver also appeared on the first Canadian postage stamp, the “Three Penny Beaver” of 1851.

The Canadian national animal horse symbolizes intelligence, resilience, great strength, and endurance. The Canadian horse-faced extinction threats in the 19th century, so its preservation started in the late 1800s through the 20th century.

National Animal Of Canada: An Overview

Animals have long been showcased as cultural symbols representing countries and their citizens. For instance, since the 12th century, the Lion has been England’s national animal. And even the warriors serving under Richard I or ‘Richard the Lionheart’ was nicknamed lions.

Using these symbols brings a sense of national community, which can inspire feelings of unity and patriotism in the citizens. So the question is, why exactly did Canada pick the beaver as its national animal? Due to nationalistic undertones, the animals chosen are generally majestic, sometimes even mythical, which is why our buck-toothed, semi-aquatic rodent raises questions now and then.

Why Is The Beaver Canada’s National Symbol

The great white north, Canada, as we see it today, would not exist without the beaver. Everyone’s aspect changed when early French explorers realized, “Well, they don’t have any gold, but damn! Those rodents would make good-looking hats.”

The fur trade, yes! In the 16th century, fur trading was the economy’s backbone and a major international industry for roughly 300 years. Because of the fur trade, the beaver was a significant factor in Canada’s selection as an official emblem.

The famous fur trade was a major factor in developing the country that would become Canada. The fur trading was explored and pushed further and further into the North American interior to expand the trade—as well as France’s (and eventually Britain’s) claim over the land.

Beavers’ pelts made everything from wool felt hats to robes to winter coats. They were the heart of the fur trade company that put the animal on their coat of arms in 1621; the Hudson Bay Campany realized very soon that the use of beaver for the fur trade would be a successor.

Given the history, it’s justified why the beaver was given royal assent on the 24th of March, 1975—thereby placing them as Canada’s official national animal.

However, now and then, the debate over whether or not Canada needs a new animal gets renewed.

Conservative Senator Nicole Eaton, most recently in 2011, proposed that the polar bear should become Canada’s new national animal because the beaver is an old 19th-century has-been, a dentally defective rat that can ravage the environment.

However, the Canadian citizens overwhelmingly rejected the proposal.

Beavers are badass. Some may not know this, but in the middle of the 19th century, the fur trade industry collapsed, making beavers nearly extinct. The beaver is still around today because of an extensive conservation effort over the 20th century.

Beaver’s habit of never stopping growing and chewing on trees helps prevent the teeth from getting too long.

Because of the structure of their front teeth, sticking out in front of their lips, they can cut and chew wood underwater without getting water in their mouth.

The beaver’s tail functions like a boat rudder as it helps them steer as they move logs to their dm. Beaver’s tail helps them with balancing on land when carrying heavy branches.

In the beginning, when early European explorers realized that Canada was not the spice-rich Orient, they found the beavers, which led them to the idea of using their fur, making the beavers the main profit-making attraction. And after that, in the late 1600s and early 1700s, fur hats were shaped on the demand of fashion, which needed beaver pelts. With time these hats became more popular, and the demand for the pelts grew.

France’s King Henry IV saw the fur trade as an opportunity to acquire much-needed revenue and establish a North American empire. Sooner, both English and French fur traders were selling beaver pelts in the Europe market at 20 times their original purchase price, making a huge amount of profit.

The beaver was given the status as an emblem of Canada in 1975 when parliament passed the National Symbol of Canada Act. Making history, the Canadian Pacific Railway company still includes the beaver, the national animal of Canada, on its crest today. 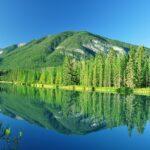