Watching whales in their natural habitat can be exciting. For some, it’s similar to bird watching. Recreational activities like whale watching Vancouver are very popular.

Whale-watching tours are arranged for scientific and educational purposes and bring in a revenue of over $2.1 billion annually through tourism. Currently, the industry employs over 13,000 workers worldwide. Vancouver is home to the Orca Whale, the Grey whales, the Humpback whales, and the Minke whales.

Vancouver Island is a hotspot for whale watching. There are over 20,000 grey whales migrating to the island’s Pacific coast during the spring season. The resident orcas are considered one of the most researched pods in the World. You can catch a close-up of the giant orca in Johnson Strait, spot a grey whale migrating or attend the Pacific Rim Whale Fest at Vancouver Island.

Why is Vancouver the Best Place for Whale Watching?

For one, you get to watch the whales in their natural habitat. Watching them spray when they come to the surface or see them propel themselves away from the water as they do a full-body breach is genuinely magnificent.

If you are looking for water bodies rich in marine life, then the coast of British Columbia would be the place. There is a 90% success rate if you might encounter a whale during a whale-watching trip. Most guided tour operators often offer a guarantee of watching the whale at least once. In case you don’t, you can come back to view them again for free.

But why is whale watching being done in Vancouver? The reason is that the mighty whales are usually found in the Salish seawaters. It is the layer of water that separates Vancouver Island from the mainland. As a result, the whales swim with British Columbia’s Gulf Islands and the San Juan Islands of Washington State.

There are plenty of tour operators that leave from Victoria, a place found on Vancouver Island. There are a few ways to go whale watching in Vancouver, and this article covers the most relevant options.

What is the Best Month of Year for Watching Whales in Vancouver?

The best time to watch whales in Vancouver is from May to October, as you see the orcas feeding on salmon in the Strait of Georgia and the Gulf Islands.

If you are keen to spot a northern resident orcas, the late summer months would be ideal as they feed in the Johnson Strait.

Marine wildlife experiences in British Columbia’s remote coastal areas range from sea lions to otters to dolphins and birds, and one must keep an eye out and have cameras ready to capture the best shot.

Many hundreds of Whales happily migrate every year using the Vancouver waters. It is, therefore, a sought-after place to watch whales. There are many tour services from the Gulf Islands and San Juan to the watch pod of whales from high-speed zodiacs, a cruiser, a kayak, or even a seaplane.

A pair of binoculars is a must to watch the whales as they pass through the northern waters, including the humpback whales, the resident orcas, the grey whales, and the minke whales. Apart from these marine mammals, you will be delighted to watch sea birds, pelicans, ducks, puffins, and eagles.

Whale Watching Vancouver tours are often incomplete without the spotting of the resident orcas; it is the most attractive option for a whale-watching trip. In addition, watching whales in Vancouver would give you an insight into pods of resident orca whales. Sometimes, a small group of orcas also travels across the coastline.

Planning a visit to Downtown Vancouver for Whale Watching Vancouver is ideal and the most sensible thing to do, as the Strait of Georgia has orcas feeding on salmon.

To have the perfect marine mammal viewing of the magnificent creature of the sea, visitors need to know the following:

As mentioned earlier, the whale-watching season is from March to October. As thousands of whales migrate through these waters during these months, and the fact is that it is much more relaxed on the water than on the shore. Hence these months are the perfect time to go for a whale-watching Vancouver trip.

Sights to Behold during Whale Watching in Vancouver

Resident Orcas feeding while migrating is an incredible sight to see. Salmon and transient orcas hunting for porpoises, seals, and other marine wildlife are other awe-inspiring sights to behold during whale watching Vancouver trip. If you are lucky, you may see pods of grey whales traveling around the region.

How to Go Whale Watching in Vancouver?

As there are many options for whale watching from Vancouver, one must consider the trip that would suit their needs. Many of these excursions last from three hours to a full-day trip. Some trips feature an onboard naturalist that educates the visitors about British Columbia’s ecology.

Many visitors combine a whale-watching Vancouver trip with a local sightseeing tour of the charming historic fishing village, Victoria, on Vancouver Island. A seaplane, a ferry, or the boat that will take you for the whale-watching trip can help you get there.

Some of the top places for Whale Watching from Downtown Vancouver are as follows:

a) Whale Watching Tour in Vancouver

This tour offers visitors a half-day Vancouver whale-watching tour with a professional wildlife guide. One can look for the resident orcas, seals, porpoises, and eagles on a modern boat.

Cruises include shuttle pick-up and drop services, snacks, and a restroom on board.

You can expect to have some of the most incredible marine wildlife experiences found near Vancouver. The tour is considered a nature lovers’ best way to immerse in the scenic beauty of the western coast of Canada.

b) Whale Watching Adventure in Vancouver for a Half-day

Herein visitors enjoy whale watching adventure by becoming a part of the “Salish Sea Dream,” an 80-foot flagship catamaran. It is a whale-watching tour that gives you a wonderful experience of seeing the whales and marine wildlife in some of the best viewing areas.

The organizers promise visitors on board to teach about the local flora and history by a knowledgeable crew. The Salish is a passenger vessel with a heated cabin with windows, decks, and lovely open-air views.

All tours will accompany a captain and a trained crew of guides and naturalists. Other amenities onboard include complimentary tea and coffee and two washrooms.

To be mesmerized by the lovely aerial views on the crossing of the Strait of Georgia, one must enjoy a trip by seaplane to Victoria. The journey begins at the island capital on an exciting cruise through Haro Strait, home to Orcas or killer whales, sea lions, and seals.

The tour is mainly arranged for a small group, and visitors can do whale watching on a boat to spot the Southern Resident Killer whales. The seaplane flights are between Vancouver and Victoria.

Watching whales in Safari in Vancouver is a full-day tour from Vancouver. Tourists can travel on a comfortable and covered boat. The tour operators have a track record of whale sightings on 85% of the trips.

The whale-watching tour includes a whole day trip on a warm and enclosed boat so that visitors can view wildlife and get tips from a naturalist’s point of view. It also includes free hotel pickups and drops.

Another fascinating location for watching whales in Vancouver would be Granville Island, which is Vancouver’s most popular attraction. With its well-stocked and bustling public market, artist studios, entertainment venues, and beautiful waterfront dining, Granville Island is an excellent tourist location.

Visitors can board any of the four vessels owned by Wild Whales Vancouver, some are open-air boats, and some are semi-covered, but all boats are equipped with washrooms and hydrophones. Wild whales organize only one trip a day, so there is no question of rushing back to the dock for the next scheduled trip in a hurry.

So visitors can have a lovely time watching whales onboard. Whale-watching Vancouver on Granville Island boat can take up to 6 hours, and it is best to carry some provisions before starting the journey.

A whale-watching tour in the south of Vancouver is best done in Steveston Village. A quaint fishing village on the Southwest corner of Richmond has some of the best whale sightings in Vancouver.

The following are tour operators that function in Steveston Village for whale-watching Vancouver tours:

Four-hour tours are offered in semi-covered or Zodiac-style boats by Seabreeze Adventures and include an onboard naturalist/interpreter. In addition, they offer shuttle pick-up at Richmond or Vancouver hotels for approximately a $10 fee.

It is one of the first whale-watching companies to function in Vancouver and has been in business for nearly 21 years. Their first-class vessels are zodiac style custom designed for wildlife viewing and equipped with hydrophones.

Tour timings differ from 3 to 5 hours, and a seafood lunch at Stevenson, either pre or post-tour, is regarded as the best. A $15 fee is charged for anyone requesting a shuttle service.

The fourth most fascinating place to do whale watching in Vancouver is in White Rock. White Rock is a beautiful seaside town just north of the Canada/US border. The White Rock Sea tours operate from the pier along the White Rock beach.

Whale-watching Vancouver tours depart daily at noon. It travels across Semiahmoo Bay and into the Salish sea. The tour is unique, with halts at the Gulf Islands and Vancouver Island for lunch. The entire trip, with breaks included, will last nearly 5 hours.

Things to be Noted while Going for Whale Watching Vancouver Tours

So is Whale Watching Vancouver Worth all the Effort and Money?

While a Whale watching trip can be a thrilling experience of a lifetime, it can prove to be an adventure that will result in beautiful memories. With lovely clicks of the seabirds, the dolphins, and the magnificent Whales, it will be a day filled with surprises.

There is, of course, a possibility of the trip resulting in a non-sighting of a whale. Well, it is best to be prepared for it, and mind you, it is not a must that you will never see a whale during the Whale Watching Vancouver Tour. 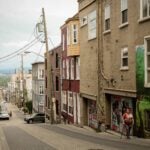