The Trans Mountain pipeline system is simple the trans mountain pipeline. In other words, it is the pipeline that usually carries refined and crude oil from Alberta to Canada and British Columbia.

Some large oil deposits were discovered around Leduc, Alberta, on 13 February 1947. The growing oil demand has made the countries like Asia, Canada, and the US think about the pipeline from Alberta to British Columbia so that the oil is easily accessible.

In 1951, the company of Trans Mountain Pipeline also proposed to the Board of Transport Commissioners, and it was created as a particular act of Parliament. In 1952, the proposal was accepted and started the construction. In 1953, the oil started to pump out through the pipeline.

The second pipeline was also added parallel to the first pipeline in 2004 by Kinder Morgan. The Pipeline expansion project was completed in the year 2008.

In the year 2018, the Trans Mountain Pipeline fully came under the ownership of the Canadian Government from Kinder Morgan.

This pipeline expansion project is very beneficial for the Canadian government. Still, this proposed pipeline expansion project attracted much controversy due to its environmental impact. It has to face many legal challenges from many sides. The environmentalist protested against this project by the First Nations groups. The disputes regarding this intensified in 2018 when British Columbia and Albert engaged in a trade war.

On the same day when the Kinder sold the pipeline to the federal government of Canada, the shareholders approved the sale. Federal Court overturned the Appeal of approval to the nebs for the approval of the pipeline expansion project. Citing that the government of Canada did not sufficiently consult with the First Nations groups. Then the Canadian government re-initiated the Phase 3 consultation with some indigenous peoples groups impacted by the pipeline, which began on the 19 November.

In 2019, On June 18, the GIC (Government in council) was directed by the NEB (national energy board) to issue the certificate allowing for the operation and construction of the Trans Mountain pipeline expansion project.

On 2 July 2020, the supreme court dismissed the appeal of the decision taken prior by the Federal court, thus ending the potential for any challenges from the legal side of the expansion.

On 18 June 2013, Kinder Morgan filed an application with the Canadian National Energy Board for Part three of the national energy board to expand the second pipeline under the Trans Mountain pipeline expansion project. The second pipeline runs parallel to the pre-existing pipeline between Burnaby and Edmonton.

The total investment in this expansion project cost 7.4 billion, which will complete the connection between Alberta, Strathcona Country, British Columbia and Burnaby.

Morgan had the support of some large petroleum industry customers at that time. Some are listed here Canadian oil sands, Imperial oil ltd, and Canadian Natural resource.

In 2016, B. C stated it did not support the Trans Mountain because Kinder Morgan did not provide enough information about the proposed spill clean and spill prevention program to him. In 2016, 29 November, the cabinet of Canada federal approved the expansion project.

They address that the trans mountain expansion will be subject to the 157 binding conditions of the potential indigenous peoples, which will help in improvement in the socio-economic benefits and environmental impacts. They will include project engineering and emergency preparedness.

On 11th January 2017, B.C premier Christy Clark considered British Columbia’s support for the trans mountain expansion by saying that the project would meet her government’s five conditions for approval, including a revenue-sharing agreement worth 1 billion.

In 2018 the federal government of Canada bought the trans mountain pipeline from the Houston-based Kinder Morgan for approximately 4.5 billion. The government announced this purchase in May 2018.

In September 2020 interview was conducted or taken by the Canadian press. The CEO of strand mountain corporation “plan Anderson” said that the trans mountain pipeline expansion estimated cost is around 12.6 billion.

The government also demands support from many companies and a non-profit organization to complete the trans mountain pipeline project. The government also assures Canadians that this will not have any harmful effect on the environment and is eco-friendly, and will surely help improve the socio-economic condition.

The trans mountain pipeline expansion project has faced many criticisms, mainly from the environmentalists and the First Nation groups. The proposed trans pipelines ship diluted bitumen through the Strait of Juan de Fuca, which is a susceptible environmental region for everyone.

To reach the end of the terminus, tankers have to pass through the very narrow channel of water shallow from the open sea, still putting the leaks at high risk due to the vehicle crashes.

The environmentalists have a deep concern about the heightened risk of an oil spill in the areas of Burrard inlet. This entails the obstruction of about 30% of the inlet and seven-fold increased tanker traffic. According to the stand, earth study forest ethics. To reduce tanker traffic pipeline is the best possible way.

Those people who support the pipeline say that it will create a vast new job and that it has a significantly lower risk of spilling oil than transporting oil by vehicle.

In a 2014 Simon Fraser University, they claimed that kinder Morgan Canada overestimated the benefits to the economy of the pipeline expansion. From 2008 to 2018, western Canadian select Canada’s massive benchmark for the heavy crude oil soil at the same average range up to US 17.

Although the federal government approved from the 7 federal courts, challenges were filed by many municipalities of Burnaby and Vancouver and by the Tsleil Waututh Nation, squeamish and cold water first nations.

In November 2017, minister of NR (natural resources) Jim Carr stated that the federal government had sent one letter supporting the dispute resolution to the national energy board to expedite the future.

BC Minister of Environmental George Heyman blames the federal government for interfering with a review of the project, arguing that it is a highly unusual and highly troubling intrusion on the province’s rights.

On 30th January, the popular B.C government of Canada proposed the restriction on enough amount of diluted bitumen transported can import into Alberta province. The province announced or declared an intent to consult with the local communities and the first nations. Rachel Notley a famous person criticized this proposal as being a crucial stalling tactic.

The B.C government reserved all the right to please its citizens, but at the same time, it even does not have any right or permission to rewrite the constitution. Notley ordered the Liquor Commission and Alberta Gaming to cease to freeze future imports of British Columbia state wine as a sanction over these all moves.

In the month of September 2012, the popular Tsleil-Waututh leaders hoped and right to shut down the trans mountain expansion project. When the Burnaby Mountain project was prepared, the camp against the pipeline project expansion took place in the fantastic Burnaby mountain park to stop and block the pipeline construction crew members, resulting in 100 people being arrested.

Their main protests focused and center of interest on Morgan’s surveying intelligence. Members of the Tsleil-Wauthuth First important Nations Of Burrard inlet and Squamish paddled canoes or workers on the Burrard Inlet waters.

According to the latest news on trans mountain, the pipeline said that Trudeau’s Trans Mountain pipeline is not profitable. Hence, on March 3, 2022, the Trudeau government is unlikely to recoup its project.

According to the Peoples of an Aboriginal television or TV network, since 2013, the Secwepemc community, first the women and girls, have been defending their land from the proposed and introduced mountain expansion project, asserting that approved the expansion without crossing 518 kilometres.

The defenders themselves, along with some media references, are concerned and totally focused on the damage to their land and the destruction and damage to the water from the pipeline that passes through it. They claim that the Nations band government only has jurisdiction from Canadian strict law on their every reserve. On the other hand, traditional Secwepemc leadership retains their sovereignty over the secwepemcul’ecw.

After the approval from the federal government and federal authorization, the Trans Mountain expansion project is reinitiated in phase3 consultations. With the lead taken by Natural Resources of Canada and Frank Iacobucci justice.

NEB panel or board heard three weeks of interesting indigenous testimony with one hundred 117 indigenous peoples directly impacted and affected by the pipeline expansion project, which began on 19 November with Calgary, Nanaimo and Victoria.

7. Approval Of Governor In Council (GIC)

In June, in the year 2019, the proposed and given the construction of the trans mountain expansion pipeline operation was finally approved by the respected Governor in council. The council directed the national energy board (NEB) to the important certificate of public debt markets.

As the important court-mandated consultations were carried forward the legal basis of the pipeline expansion is to be checked and tested in the highest court by some stakeholders. Some very famous Indigenous groups have allowed or sanctioned the project for ownership rights, while the others, such as Cold Water Indian Band, have unresolved and unsettled issues.

On July 1st, 2020, the court rejected an again appeal by Squamish, coldwater and Tsleil-Waututh, which challenged federal government approval of the Mountain pipelines.

The new project also includes the additional public money invested in it. Also, many non-profit organization helps in completing this project, but the ongoing pandemic is going slow down. 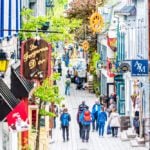