Saskatchewan is one of the Prairie Provinces, which implies that it is situated in the western portion of the country and is the seventh largest province in Canada. Saskatchewan is a tourist destination because of its expansive plains and other natural features.

Saskatchewan was admitted as a province in 1905. Canada’s only landlocked province has shared borders with Alberta on the west, the Northwest Territories on the north, Manitoba on the east, and Nunavut on the northeast. There are US states named North Dakota and Montana.

There are several things to do in Saskatchewan. It has interesting scenery, almost 100,000 lakes, forested areas, two national parks, a provincial park, a treasure of art, a heritage center, historical museums, fishing lakes, living skies, and much more to explore.

Here, The Best Things To Do In Saskatchewan

Check out our list of the best things to do in Saskatchewan to learn more about the province’s various well-known landmarks and entertaining activities.

Let’s explore all the things to do in Saskatchewan that will make us feel more in touch with nature or awaken our inner traveler.

The Prince Albert National Park provides places to eat and relax, bike and hiking trails, and a playground for children. Top hiking trails are available, including the Waskesiu River Trail and the Boundary Bog Trail.

Along with various bird species, including cormorants and white pelicans, Prince Albert National Park is home to fur-bearing creatures like Moose, Elk, Caribou, and Bears. The town of Waskesiu Lake is the only crowded area in the national park. It provides facilities and services and is located on the south shore of Waskesiu Lake. At Waskesiu, a museum has a collection of various wildlife species.

Grasslands National Park, which lies close to the community of Val Marie, is the second national park in Saskatchewan. This national park covers around 907 km². And it is close to the international border and is located north of the state of Montana in the United States.

One of the greatest sites to watch stars, the Milky Way, and planets if you enjoy stargazing at night is Grasslands National Park in Canada, which preserves some of the country’s darkest skies.

Some rare and endangered plants and animals that are not even present in other parts of Canada can be found in Grasslands National Park. The black-tailed prairie dog is one of these uncommon creatures. Swift foxes, bison, pronghorns, prairie rattlesnakes, greater sage grouse, grizzly bears, coyotes, ferruginous hawks, elk, wolverines, black-footed ferrets, burrowing owls, and larger short-horned lizards are also found there.

Grasslands National Park is a location that brings people closer to the outdoors and wildlife.

The best things to do in Saskatchewan, after visiting the national parks, are to go to Moose Jaw.

Be sure to stop in and participate in one of the entertaining and engaging Tunnels of Moose Jaw tours if you’re anywhere near Moose Jaw, possibly while traveling on the Trans-Canada Highway.

The world’s largest moose sculpture is Mac the Moose, located in the visitor center of Moose Jaw. It is 10.36 meters tall and weighs about 10,000 kg. Don Foulds, a Saskatoon artist, constructed this large Moose out of steel, metal, and four layers of cement.

Western Development Museums is another must-see attraction in Moose Jaw. In Canada, this museum has four separate sites. Where the Canadian government protects and saves the province’s social and economic growth. Moose Jaw City has a branch that only holds the record of transportation history.

The Fort Walsh National Historic Site is undoubtedly one of the best historical sites to connect with Saskatchewan’s past. As a result, it deserves inclusion in the list of things to do in Saskatchewan.

Fort Walsh is named for its creator and has a brief history as a National Heritage site. James Morrow Walsh constructed Fort Walsh National Historic Site in 1875 to prevent the illegal whiskey trade and help law enforcement defend Canada from the United States.

Visitors can now see the fort’s structures, the old town, and whiskey trading posts on this site, which is now open to all forms of tourism. In 2004, the Fort Walsh National Historic Site joined the Cypress Hills Dark Sky Preserve.

This brings us to Interprovincial Park of Cypress Hills, our next destination in Saskatchewan.

The greatest things to do in Saskatchewan should definitely include Cypress Hills Interprovincial Park.

In addition to hiking trails, there are ziplining, swimming pools, resorts, skiing, fishing, and even golfing. You can set up a tent at the campground, find a place to sit outside under the open sky and observe the atmosphere without being disturbed by city lights. Bonfires are another option for entertainment.

This magnificent Interprovincial Park is perfect for the whole family to enjoy because it contains so much in its storage.

The Cypress Hills Massacre is another National Historic Site worth visiting in Cypress Hills and a must-do visit on any checklist of things to do in Saskatchewan.

The Cypress Hills Massacre National Historic Site of Canada was established as a national historic site in 1964 because, in the eyes of the Nakoda, it is the location where many of their people lost their lives and where their spirits will always be bound.

Include this place on your bucket list of things to do in Saskatchewan while you travel to Prince Albert city.

It displays the history of Prince Albert and includes current military and Indigenous areas in addition to prior shelters, business, and industrial data.

How is the Saskatchewan Legislative Building not included in the category of things to do in Saskatchewan?

You will be astounded by the structure’s exterior architecture, the grader’s vibrant form, the building’s beautiful grand staircase, and the chamber of the Legislative Assembly.

If you are a science enthusiastic and want to learn more about it or take part in workshops that are solely focused on science and its innovations, you should include this location on your list of the top things to do in Saskatchewan.

The science center offers a variety of events and programs, including Ignite!, Adult Science Nights, and instructive and entertaining programming for students and communities throughout Saskatchewan.

The RCMP Heritage Centre, the national museum of Canadian law enforcement, is situated in Regina. The museum has several displays about the Royal Canadian Mounted Police (RCMP) and items associated with the police department.

The construction of the Royal Canadian Mounted Police (RCMP) Heritage Centre started in 2005, and it was made public in 2007.

You can learn more about the RCMP’s more than a century-long history in the Galleries of the RCMP Heritage Centre, from the founding of the North West Mounted Police in 1873 to the present Mountie.

In Saskatoon, Saskatchewan, Canada, there is a forested park and zoo called the Forestry Farm Park and Zoo. The park was first developed as the Sutherland Forest Nursery Station and then as the Dominion Forest Nursery Station. The Zoo has welcomed a variety of animal species since expanding its habitat in 1972.

Except for December 25, the Saskatoon Forestry Farm Park & Zoo is open 364 days a year.

Outside of Saskatoon, Saskatchewan, is the non-profit Wanuskewin Heritage Park, a cultural and heritage center for the First Nations. Learn more about the more than 6,000 years of local history at the Wanuskewin Heritage Park. Visit archaeological excavations, peruse the exhibits in the interpretive center on-site that has an art gallery, and savor traditional First Nations food in the café.

Park is open every day, although there is a charge to enter the center. The best way to get to the park, roughly 8 miles north of Saskatoon, is by driving.

The South Saskatchewan River is susceptible to various environmental stresses that affect the quality and amount of the water it contains as it travels through a dry yet the agriculturally productive and urbanized area of the Canadian prairies.

You can discover a well-known hotel in Saskatchewan while touring close to the South Saskatchewan River and go on Sunday brunch cruises with your family or friends.

After including the primary supply of water in the list of things to do, Saskatchewan.

Now, we are heading to the lovely lakes on the list of things to do in Saskatchewan.

There are many exciting things to do and places to have fun in Meadow Lake Provincial Park. The park is home to some of Saskatchewan’s best beaches and many opportunities for fishing and water sports.

A lake called Milton Lake can be found in Saskatchewan, Canada, not far from the Northwest Territories. The lodge provides all the facilities from the planned trip to the stay. This Milton Lake is famous for its amazing fishing and hunting activities.

These changes show to be perfect for fly-fishing. At Milton Lake Lodge, we sight-fish for enormous northern pike most of the fishing season. With a boat, equipment, and luxurious places to have food, this place is worth visiting once in a lifetime.

The Resort Village of Manitou Beach, situated in central Saskatchewan, can be reached from Saskatoon, Moose Jaw, or Regina in approximately 1.5 to 2 hours by car. The deepest parts of Little Manitou Lake include significant concentrations of sodium, magnesium, and potassium salts.

The popularity of therapeutic baths was met by the lake’s ability to keep people entertained due to its high salt content. Three sand swimming beaches are now available at Little Manitou Lake for water-based recreation. The whole family can go fishing at Manitou Lake, a 5-acre reservoir, and hike the Trail around it.

There are numerous additional noteworthy lakes to add to the list of things to do in Saskatchewan, including Duck Lake, Wascana Lake, and Lake Athabasca.

Athabasca Sand Dunes, which are roughly spread over 100 kilometers along the south side of Lake Athabasca, are the largest active sand surface in Canada. It so makes for a wonderful addition to the best things to do in Saskatchewan.

The great sand hills typically have a parabolic shape. The bedrock generally is around 20 meters below ground level, and the sand almost entirely covers the underlying sandstone layers. Scientists view the dunes as an evolutionary challenge due to their stunning beauty, dunes that may reach heights of 30 meters, and a distinct ecosystem home to several rare and endemic plants.

Cross-country skiing is the final activity on the list of things to do in Saskatchewan.

Cross-country skiing is a wonderful alternative in Saskatchewan for all ski enthusiasts. Due to its minimal impact and suitability for individuals of all ages, it’s among the greatest wintertime sports.

If we carefully read this post, the 18 great things to do in Saskatchewan conclude that the province is all about beautiful lakes, a lengthy and gorgeous landscape, and heritage sites with significant historic importance.

No matter how much time you spend in Saskatchewan, this unusual prairie province will never feel like enough. It has a lot to offer, whether you enjoy learning about history or historical sites, the stories behind the place, or you want to get closer to nature or wildlife.

Whenever you visit Saskatchewan, these are the top 18 amazing things to do in Saskatchewan. 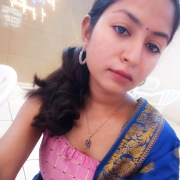 20 Most Sadly Endangered Species in Canada

Whytecliff park: A One Stop Guide before Visiting!