Photo by Chris LeBoutillier on Unsplash

Like there is an introduction to vaccination passports in Canada and other countries, there is a carbon tax Canada as well for the safety of individuals. Rising sea levels and elevated global warming are the consequence of the unbelievably increased carbon emissions. People are paying prices for the same and are now focussing on carbon pricing.

Realizing the critical situation, the federal government of Canada has also taken a significant step to deal with the issue by imposing carbon taxes all over the country.

Carbon tax Canada systems include the carbon tax imposed on the carbon content of the fuels which could be administered by the federal government or the provincial government.

British Columbia was the first province in North America to have initiated and campaigned for the issue of carbon pricing and also introduced the first revenue-neutral Carbon tax in Canada.

What might seem like an intriguing term, i.e., revenue-neutral carbon tax, means that the amount that the citizens pay in the name of a carbon tax is compensated back in the form of relaxations in a few other taxes, e.g. personal income tax rates and corporate income taxes.

An interesting fact to note here is that any province can formulate its law and policies concerned with the Carbon tax in Canada as long as they satisfy the minimum requirements set by the Canadian federal government.

What is Meant by Carbon Pricing?

Realizing the expense of Carbon and its effects on the environment, and further compensating it in monetary terms can be a suitable definition of Carbon pricing.

The tax levied or the regulatory fee charged on the usage of carbon is referred to as the Carbon tax and since 2019, all the Canadian provinces and territories have imposed carbon taxes by the federal law. Here is a sneak- peek at how the concept of a carbon tax in Canada came into existence.

Carbon tax Canada has existed since 2007 when the province of Quebec first imposed a carbon tax on the consumption of carbon and fossil fuels. It all began in 2008 when the Canadian province of British Columbia introduced the first broad-based revenue-neutral carbon tax in North America for the purchase and consumption of fuel.

This came after the government realized the elevating figures that depicted the rate at which the environment was getting deteriorated and the conditions did not seem to get better any sooner.

As a result, a lot of countries adopted the policy of carbon pricing and the outcomes were positive. Ultimately, British Columbia decided to apply the carbon tax which further became mandatory in all Canadian provinces and territories.

The Need for a Carbon Tax

The carbon tax is not something that the federal government has been charging for personal benefits, instead, it was really important to fight off climate change and limit the use of fossil fuels to some extent. The carbon tax Canada has been identified as one of the best ways to reduce greenhouse gas emissions.

Ethically speaking, carbon taxes ensure the true cost of burning carbon is being extracted from the consumer. These costs are created by people who are impacted by this, such as farmers, homeowners, and consequently the governing body too. It makes the companies and consumers pay the extra cost that is imposed on the people and the environment.

Here is how Canada has been handling the carbon taxes within the country. The Central government of Canada has given the privilege to every province to have their laws and norms to control carbon pollution and hence impose the carbon tax accordingly. Therefore, the Canadian provinces and territories can imply a higher carbon tax but not a lower one.

A province can choose to form its own carbon pricing mechanism or choose between the two categories framed by the federal government.

However, in absence of a provincial carbon tax or in provinces and territories which fail to meet the requirements of the federal carbon tax in Canada, a regulatory fee is imposed by the federal Greenhouse Gas Pollution Pricing Act (GHGPPA).

The Canadian federal law established a set of minimum standards for a carbon price in Canada to meet the targets of reduced carbon pollution set under the Paris Agreement. The Greenhouse Gas Pollution Pricing Act (GHGPPA) was established to validate the carbon price.

It came into force on June 21, 2018. However, it faced a lot of criticism from states like Saskatchewan, the Ontario government, and Alberta. Their appeal was rejected by the Supreme Court, stating that the GGPPA is constitutional.

The Federal Pricing system has two different areas according to which the fee is charged:

The fee is charged on fossil fuels like natural gas and gasoline. The fuel charge began with CA$ 20 per tonne of CO2 in 2019 which rose by CA$ 10 every year reaching CA$ 50 in April 2022. Each province can set its own taxes that either meet or exceed the requirement. The provinces that use a cap-and-trade system are exempted from this.

A cap-and-trade system allows the governing body to put a cap, i.e., a certain amount of GHG emissions that companies and industry sectors are permitted to emit annually, on GHG emissions with the aim to reduce emissions over time.

Currently, Nova Scotia and Quebec work under the cap-and-trade system, wherein the companies can buy emissions credits and if they wish to purchase beyond the set cap, they can purchase from other companies who have some extra credits left, in other words, companies that emit fewer carbon emissions.

This promotes the companies to reduce emissions. Unlike the federal government which increases the carbon tax every year, the regulatory body reduces the cap in these two provinces which avoids the extra cost incurred to the companies.

A performance-based system that targets greenhouse gas emissions from large industry or industrial facilities. In layman’s language, companies that emit 50,000 tonnes of carbon emissions or more every year will have to pay a regulatory fee which would be dependent on industry standards and the amount of extra carbon emitted.

The Canadian government while introducing these carbon pricing mechanisms ensured that this would be revenue-neutral and 90 per cent of the carbon tax in Canada will go back to the citizens and the remaining 10 per cent will be utilized to help the affected sectors like schools, hospitals, and so on.

Another fascinating fact is that provinces that do not have their own carbon pricing system get affected a lot because of these changes, while others are not really penalized.

In order to be fair to all, the federal carbon tax Canada ensures minimum requirements and in provinces like Prince Edward Island, Alberta,  Saskatchewan, and Ontario, where the carbon taxes meet the federal benchmarks only for the emissions that they cover, the fuel charges are applied centrally in these provinces to emission sources not covered under the carbon pricing system.

Here’s how different Canadian provinces and territories introduced and imposed carbon tax throughout the country.

Quebec imposed the first carbon tax on energy distributors, refiners, and producers in June 2007. From oil companies to manufacturers of gasoline and natural gas, all of them were hit hard by the decision as they altogether paid a tax equivalent to CA$200 million which was absorbed by the industry.

British Columbia introduced a carbon tax in 2008. The carbon tax here applies to the purchase and consumption of fossil fuels and covers up to 70% of the total provincial greenhouse gas emissions.

Alberta began to impose its first carbon tax in November 2015. The premier of Alberta introduced his first piece of legislation: An Act to repeal the carbon tax which repeals the provincial carbon tax but will be replaced by the federal carbon levy.

The very first advantage of the carbon tax Canada is very predictable. It helps to promote clean technology and motivates the consumers to move towards more renewable resources and reduce emissions.

Another merit is that it gives innovation an upper edge and the people who are more concerned with renewable resources a higher market share.

Evidently, taxes have been a part of the system forever. Therefore, the addition of another type of tax wouldn’t be bothersome. Inculcating carbon tax within the economy and in the minds of the public would hence be an easy task. This would definitely encourage the companies and the people to reduce their carbon footprint which is the main purpose of a carbon tax Canada.

The data shows it all. The figures released by countries that have already implemented carbon pricing over gas emissions have shown commendable results except for Australia, where the central government eliminated carbon tax after 2 years.

Coming down to the cons, the biggest demerit is that the lower-income families who spend a major portion of their income on activities with high emissions are severely affected and therefore, the carbon tax Canada can be burdensome for them.

Moreover, the rich class who have enough money might not take carbon tax seriously and can easily pay a certain amount and continue using the same amount of fuel and gasoline.

The Canadian government ensures that the lower-income households are not severely impacted by the carbon tax imposed. It applies to the provinces of Ontario, Manitoba, Alberta, and Saskatchewan, where a personal carbon tax policy is absent.

The rebate depends on the province since each province has a different amount of emission and the tax collected on these emissions decides the amount of rebate.

An essential thing to note here is that as the name suggests ‘carbon tax’, is not only implemented on just carbon pollution but also on all greenhouse gases. Also, not all greenhouse gas prices are equal, it depends on how much the substance contributes to the greenhouse effect.

Carbon Tax Canada- A Solution to the Problem

The technology has introduced efficient means of fossil fuel use and hence makes it easy to continue utilizing oil, natural gas, and coal without realizing the environmental effects. This can come only once the government implements a carbon tax.

The carbon tax Canada puts honest pressure or creates a need to focus on sustainable economic activity and work towards making space for affordable energy.

Undoubtedly, these taxes affect gasoline prices and other jurisdictions increase other fuel prices in order to compensate for increased carbon pollution.

Most households that belong to low- income are affected by these elevated prices and in order to not let them be the worst hit by the situation, the government increases the tax credit per family and per child.

To sum it up, in order to fight climate change and increasing greenhouse gas emissions, it became essentially important for the government to take a strong step which came with the implementation of a Carbon tax Canada.

The first broad-based carbon tax was imposed in British Columbia which experienced a huge success with the carbon tax and gradually a federal carbon tax Canada was introduced within the whole country.

After a lot of controversies and criticism, carbon pricing, such as carbon tax Canada was finally passed by the Supreme Court and all the provinces are hence forced to ensure that they meet the minimum requirements, i.e, the federal benchmark set by the government under the Carbon tax Canadaor else pay a regulatory fee in the name of the fuel charge. 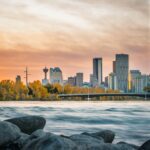 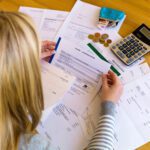