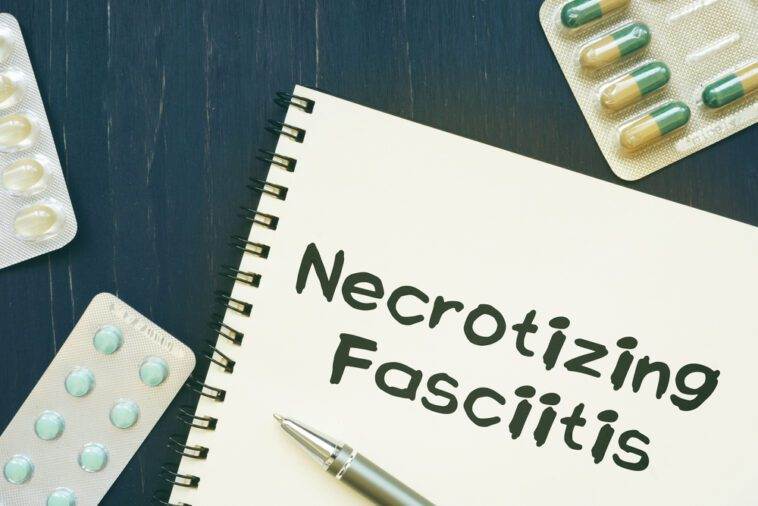 By Jack_the_sparow on Shutterstock. Copyright 2022

In the United States, necrotizing fasciitis affects roughly 0.4 out of every 100,000 persons each year. It is as prevalent as one in per 100,000 people in various parts of the world. The flesh-eating disease affects people of all ages.

Jones first documented necrotizing fasciitis in 1871. However, the name “hospital gangrene” was used at the time. Wilson created the term necrotizing fasciitis in the 1950s to characterize necrosis of the fascia and subcutaneous tissue with relative muscle sparing. These soft tissue infections can be classified into four groups based on the bacteria that infect the soft tissue. Giuliano and his colleagues initially described this classification method in 1977.

Antibiotic therapy is required, and early surgical investigation and debridement are essential for a successful outcome. This flesh-eating disease is most commonly occurs in men, and the male-female ratio is 3:1.

It is the most frequent kind of soft tissue infection, accounting for 70 to 80 percent of cases. It’s generally found in the abdominal wall, perianal and groin areas, and post-operative wounds and is caused by a combination of bacteria. Gram-positive cocci (Staphylococcus aureus, streptococcus pyogenes, and enterococci), Gram-negative rods (Escherichia coli, Pseudomonas Aeruginosa, and anaerobic bacteria), and anaerobes (Escherichia coli, Pseudomonas Aeruginosa, and anaerobes) are the most common (Bacteroides and Clostridium Perfringes).

Type 1 infection is a significant and life-threatening consequence of omphalitis in infants.

Clostridium perfringens, in particular, produce two lethal toxin production: alpha-toxin and theta-toxin. Excessive platelet aggregation is caused by alpha-toxin, which restricts blood supply and deprives essential vital organs of oxygen. This results in an acidic, oxygen-deficient environment that encourages the growth of different bacteria. Risk is reduced by early treatment. This same bacteria cause can cause subcutaneous gas, which is what the phrase “gas gangrene” refers to.

The isolation of group A streptococcus from a typically sterile location in the context of hypotension and multiple organ failure is known as STSS. The following are the clinical manifestations:

These necrotizing soft tissue infections are responsible for 20 to 30% of cases, and it primarily affects the extremities. Streptococcus pyogenes bacteria, alone or in combination with staphylococcal infections, are the most common cause. Both types of bacteria have the potential to spreads rapidly and cause toxic streptococcal syndrome.

Initial clinical symptoms in Type II NF are nonspecific. Early diagnosis of this type of soft tissue infection was challenging due to the lack of a rash or misunderstanding with cellulitis when one is present. NF affects the subcutaneous tissue first, with normal skin covering it. The severe pain that does not match the clinical findings is a key indicator to the diagnosis, as are relatively high temperatures.

This soft tissue infection is caused by the Vibrio Vulnificusa, a flesh-eating bacteria, which is found in seawater and spreads rapidly through a crack in the skin.

It is primarily a fungal illness and a rare flesh-eating disease infection.

Fever, swelling, and complaints of severe pain are all possible critical symptoms. The early symptoms of skin changes resemble those of cellulitis or an abscess, making early identification difficult. In those with the infected site, hardening of the skin and soft tissue, as well as a swelling outside the area of skin alterations, are prevalent. The infected tissue is more prone to further spreading.

The redness and swelling typically blend seamlessly with the normal tissues around them. The top layer of skin may appear lustrous, and the dead tissue has sloughed off. Formation of bullae, bleeding into the skin before skin necrosis (skin turning from red to purple and black due to thrombosis of blood vessels), presence of gas in tissues, and reduced or absent sensation over the skin are other signs that are more suggestive of necrotizing changes. Another sign of the flesh-eating disease is rapid progression to shock despite antibiotic treatment. Fournier gangrene is a type of necrotizing gangrene that affects the groyne.

Immunocompromised people (those who have cancer, take corticosteroids, are on radiotherapy or chemotherapy, have HIV/AIDS, or have had an organ or bone marrow transplant) may not show usual signs. These weekend immune system people are also twice as likely to die from necrotizing infections. Thus they should be treated with greater caution.

This necrotizing fasciitis has a poor prognosis in the case of patients affected with diabetes, the male body’s immune system, and other risk factors such as an infected area(infected person) and neonates with a weakened immune system. Moreover, necrotizing fasciitis caused pain is extremely painful than any other disease caused pain, and the infected tissue has more prone to further infection.

More than 70% of cases are found in patients with one or more of the following clinical conditions: immunosuppression, diabetes, alcoholism/drug abuse/smoking, malignancies, or chronic systemic disorders. It occasionally happens in people who appear to have a regular general state for unknown reasons.

Necrotizing fasciitis can affect any area of the body, but the extremities, perineum, and genitals are the most prevalent sites. Only a few cases of this nature emerge in the chest and abdomen. Trauma, such as intravenous medication injection, insulin injection, animal and insect bites, catheter insertion through the skin, or a fistula linking the skin to the internal bodily organs, is the most common cause of this soft tissue infection. Skin infections like abscesses and ulcers can make necrotizing fasciitis worse.

For patients with streptococcal pharyngitis, the spread of infection through blood has been hypothesized. Trauma, surgery, urinary tract infection, stones, and Bartholin gland abscess are the most common causes of soft tissue infection of the perineum and genitals (Fournier gangrene). Good wound care and handwashing can help lower the risk of necrotizing fasciitis from a wound.

In case series and population-based investigations, varicella infection has been found as another substantial risk factor for invasive GABHS infections in children. During the two weeks following the beginning of skin infections, children younger than 10 years of age with chickenpox had a 58-fold increased chance of having invasive GABHS illness. Avoid close contact with those affected people or else develop the flesh-eating disease. Healthy people never get this type of skin infection, and their white blood cell count is good.

Medical imaging is frequently helpful in confirming a diagnosis. The amount of time it takes to perform imaging is a key concern. Plain radiography may show subcutaneous emphysema, which is strongly suggestive of necrotizing changes. Still, it is insufficiently sensitive to detect all cases, as necrotizing skin infections caused by bacteria other than clostridial infections do not frequently display subcutaneous emphysema. CT scans and magnetic resonance imaging (MRI) are more sensitive modalities than conventional radiography if the diagnosis is still in doubt.

The sensitivity of diagnosing necrotizing soft tissue infection is 90% when the white blood cell count is more significant than 15,000 cells/mm3, and the serum sodium level is less than 135 mmol/l. If the readings have revealed otherwise, it has a 99 percent chance of ruling out necrotizing fasciitis. Various scoring methods are being developed to evaluate the likelihood of necrotizing fasciitis, but the most often used is a scoring system created by Wong and colleagues in 2004.

The rating methodology, however, has yet to be confirmed. If there are any other inflammatory disorders present, the results will be mistakenly positive. As a result, the results of this grading system should be treated with caution for necrotizing fasciitis. In the initial study, almost 10% of patients with necrotizing fasciitis still had an LRINEC score of 6. According to validation research, patients with an LRINEC score of 6 have a higher risk of death and amputation. To diagnose Necrotizing Fasciitis, the flesh-eating disease, is a little tough to interpret.

Early aggressive wound debridement, usually as soon as a diagnosis of necrotizing soft tissue infection (NSTI) is made, is recommended. Surgical Incisions are frequently extended beyond the areas of induration (hardened tissue) in order to remove the damaged blood vessels that cause the induration. Cellulitic soft tissues, on the other hand, are occasionally spared from debridement in order to allow for later skin covering of the lesion.

Additional necrotic tissue may be removed during multiple operations. Once the surgery has started, try to avoid close contact. Especially, group a streptococcus bacteria has a more virulent factor, and it disturbed the surgical wounds easily. So, all necrotizing fasciitis needs surgical intervention.

Along with surgery, antibiotic therapy is mandatory to reduce strep infections and also to help in disease control. Before proceeding with the antibiotic therapy, we need to do the tissue cultures. Hence, it needs immediate medical attention like the intensive care unit.

While high oxygen tension in tissues has been shown in human and animal studies to help reduce edema, stimulate fibroblast growth, increase the killing ability of white blood cells, inhibit bacterial toxin release, and increase antibiotic efficacy, no high-quality trials have been shown to support or refute the use of hyperbaric oxygen therapy in patients with NSTIs. It helps to fight infection caused by necrotizing fasciitis flesh-eating disease. This treatment has a more positive outcome for flesh-eating disease.

In the treatment of NSTIs, there has been no obvious difference between IVIG and placebo, and one trial found substantial side effects, including acute kidney failure, allergic responses, aseptic meningitis syndrome, hemolytic anemia, thrombi, and transmissible agents. Also, it reduces fascial thickening.

One study looked at the effectiveness of AB103, a new form of medication that influences the immune response. The study found no change in mortality when this therapy was used, but due to the low quality of the evidence, it isn’t easy to draw firm conclusions.

When appropriate, patients should always be given add-on therapy, which may include intravenous hydration, wound care, anticoagulants to prevent thromboembolic events, pain control, and so on. However, early diagnosis of the flesh-eating disease is important to avoid further spread and infection.

Hope you liked the article. For reading some amazing content, do check our wall. Also read, “Can You Get Covid Twice: 10 Important Things The Experts Say“ 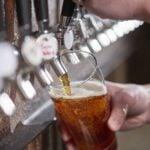 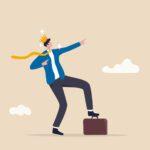