Photo by Louis Hansel on Unsplash

We all need a break, and what better way to spend time with loved ones than going out for a quick bite? Considering taking a weekend break to dine at the top restaurants in Oakville?

The most acclaimed restaurant in Oakville, if not the entire province or nation, is Hexagon Restaurant, situated in the city’s center.

As an upscale French eatery, Hexagon offers a la carte menus for both Brunch and lunch. During dinner, this eatery provides a sampling menu. An inviting outdoor kitchen stands directly adjacent to a quasi-dining area in the 48-seat restaurant, which gets its name from the French hexagon.
Rafael Covarrubias, an accomplished executive chef, oversees the kitchen. Covarrubias, a Mexican native, initially introduced his culinary skills to Canada at Calgary’s MARKET Restaurant. In February 2017, he participated in the downtown Oakville opening of Hexagon. In November 2019, Covarrubias won the North American San Pellegrino Young Chef Competition in New York City.

Pizza Nest’s owner and founder, Tarun Rawat, said, “I studied hospitality and tourism management at Niagara College and worked for many years in the restaurant industry. I was motivated to create my pizza in Oakville after working at Pizzaiolo. The name of Tarun’s wife and daughter’s tiny family-run restaurant serving casual Italian pizza in Oakville came from them.

The intimate dining area, which has seating for 20, is located inside the charming Italian eatery. Local Ontario craft beer and VQA wines can be found by swiping your finger down the beverage menu.

In the back, cooks slide thin-crust pizzas out of the oven as diners peer in from the dining area. Be sure to get a variety of fresh salads, meatballs, lasagna, crispy calamari, and prawns in addition to Pizza’s Nests’ wonderfully cooked pies.

An iconic restaurant in Oakville, an entire lineage has operated Oliver’s Steakhouse since 1969. The two also serve as the minds behind Toronto’s renowned steakhouse Michael’s on Simcoe.

In the former location of Corks Restaurant in the heart of Oakville, Beacon Social House opened its doors in April 2022. The restaurant business Aidan Hospitality, located in Toronto, has created its first culinary concept for Oakville (Folly Brewpub), which is one of the top restaurants in Oakville.

The downtown Oakville restaurant with 110 seats has a large cocktail bar, intimate eating nooks, an outdoor patio with views of Lakeshore Avenue and with curtains. In Oakville, the proprietor had always wanted to operate a restaurant. His household often visits on weekends or for prolonged periods because Oakville is such a beautiful place.

Cook Raj of Beacon Social House has collaborated with the organization over a long period, most notably at The Wallace Gastropub in Midtown, where he served as chef for ten years. The menu at Beacon Oakville features several mussel bowl options, crispy arancini, veal schnitzel, and a magnificent cowboy steak.

Sotto Sotto is one of Toronto’s top Italian restaurants for almost 30 years. At luxurious events held during the Toronto International Film Festival, the Yorkville restaurant on Avenue Road is most known for having some of the biggest A-list celebrities in the world as guests and one of the top restaurants in Oakville.

Freshly cooked soups, antipasti, salads, homemade pasta, seafood, and meat are all available on the menu, along with traditional thin-crust pizzas and tiramisu with booze for dessert.

Shanghai, one of the most populated cities in China, is known for its cuisine, which stresses the use of seasonings while preserving the natural flavours of raw materials. Excellent cuisine is usually marinated in wine, which gives entrees their characteristic reddish hue and shiny finish. But one of their favourite Shanghai delicacies is Xiaolongbao, a soup dumpling dish.

Up to 30 people can be seated in the Shanghai Alley dining room, which also has a lovely patio during the nicer months of the year. Chinese chef Yanpeng’s journey to culinary stardom began with very small beginnings. He would get up every morning at six and go to the local farmers’ market with his mother to get the best meats, fish, and veggies.

Originally, Jeff and Alvin worked at the Liberty Village Kibo Sushi House. They saw the eventual move of Alvin to Oakville as a fantastic chance to grow and open another location in Oakville. With more than 30 sites in the Greater Toronto Area, Kibo Sushi House is a franchise that is expanding.

If you visit Kibo Sushi Oakville for the first time, try their trademark dish, the Kibo Signature, a California Roll with salmon and scallops that have been burned on top.

One of the top restaurants in Oakville, All-you-can-eat sushi and Cantonese-style dim sum is served at the well-known local chain restaurant on August 8 in Oakville.

The first August 8 Restaurant location opened in downtown Hamilton in 2008, marking the establishment of the business. It was acknowledged as the first restaurant of its sort in the region to bring the best elements of both Japanese and Cantonese cuisine as a novel dining concept.

The delicious food on August 8 is a gourmet joy. The teppanyaki grill, the dim sum menu, and fresh sushi & sashimi are all available to guests.

Owner Maro Al Chamaa, Lebanese descent, acquired Canadian citizenship in 2016. His favourite saying, “The food is soon gone, but the memories stay forever,” is written on the wall above the restaurant’s back counter. Don’t only dine out; have dinner at home instead.

Maro’s is one of the top restaurants in Oakville for Middle Eastern cuisine and is known for its grilled meats, fresh salads, flaky flatbread, and flavorful seafood. The restaurant on Kerr Street also serves a variety of vegetarian and vegan options, including tahini, hummus, and spicy eggplant.

Maro’s Bistro is special for serving some of Oakville’s finest Persian cuisine. After supper, indulge in a crispy slice of baklava while sipping some Turkish coffee or Persian tea.

One of the top restaurants in Oakville, Kerr Street Village, is Stoney’s Bread Company in Oakville. The relaxed, family-friendly restaurant offers well-known classic dishes with a contemporary touch.

Stoney’s Bread Company was founded by friends and co-owners Steve Chabot and Blake Stoneburgh in 2004. The restaurant’s name was influenced by Blake’s father, Norm Stoneburgh, who played football. He gained notoriety as “Stoney” while playing with the Toronto Argonauts for 13 seasons.

There is plenty of natural light at Stoneys Bread Company because of the floor-to-ceiling windows. Vintage portraits in black and white hang on cream-coloured walls while old lights swing from the ceiling. Booth and wooden tabletop seating are available in the open dining area. One of Oakville’s top brunch spots is the well-liked Kerr Street diner, a local favourite. The menu offers a variety of delectable sandwiches, homemade french onion soup, fresh salads, inventive pasta bowls, thin-crust pizzas, and more.

The Food Dudes, the same people behind Sara and OMAW, are the makers of the Toronto-based pizza restaurant Blondies Pizza. Blondies started a franchise in Oakville in November 2010. It is situated on Cornwall Road near Longo’s plaza.

The pizza joint is named after chef Matt Blondin. However, the red and blonde categories for their from-scratch-made pizzas are used rather than the red and white ones. Blondies’ hand-stretched dough is made using local, high-protein Arva all-purpose flour. This aids in moisture retention to produce the desired chewy, pliable crust.

One of the top restaurants in Oakville with the Ezzo pepperoni, oregano, jalapenos, and sweet honey drizzle, Blonies is renowned for good service and one of the best pepperoni pizzas in Toronto (and lucky us, now Oakville).

Soontorn Bahn Thai, a restaurant in Oakville’s Towne Square, is regarded as one of the greatest places to get an authentic flavour of Thailand. The entrance to Soontorn Bahn Thai has a large wooden door and velvet drapes. Once inside, the stylish dining area has a sensual, futuristic vibe with hot pink lighting, softly illuminated booth seating in a circle, and classic Thai triangle pillows.

There are many modern Thai meals on the tasting menu, which were influenced by Royal Thai cuisine. Similar Royal Thai dishes are prepared by the chef and may be found at Mengrai Thai and Kiin, two well-known Thai eateries in Toronto.

In search of Oakville’s top gelato and ice cream shop? Be ready to wait patiently since La Dolce Vita usually does have a long queue that stretches up Lakeshore Road. Local dessert enthusiasts would tell you that the wait was well worth it. La Dolce Vita is close to the scenic Oakville Harbour and offers a special Italian dining experience. Take advantage of the extensive range of locally made gelato, Italian pastries, and premium espresso.

In Oakville, La Dolce Vita is a seasonal eatery operating from the spring’s end to the fall’s start. One can take their scoop and drink on the patio on a nice day. The alternative would be to have it indoors at any of the tables. Walking along a beautiful ice cream promenade to the brand-new Tannery Park at Oakville Harbour takes only five minutes.

A classy Italian eatery called Cucci is located in Oakville’s Bronte district. It is one of the top restaurants in Oakville if you’re craving good Mexican food.

In December 2007, the Oakville location of Cucci opened said appointed Greco, president of Catch Hospitality. My father, an Italian of the second generation, served as the source of the name. French was the first language spoken in the home when they grew up in Sudbury since a strong French mother raised my father. Strangely, he thought the Italian phrase Cucci Coo had a meaning.

The dining room at Cucci Oakville has 90 seats, and there is also a 30-seat patio outside. Two stylish private dining rooms may accommodate 30 people apiece or up to 70 people, and it is one of the top restaurants in Oakville.

The Borgo Antico Cucina Bar is situated on Lakeshore Road in the center of Oakville. The dining room at Borgo Antico mixes modern minimalism with a chalkboard-covered rear wall. On the white walls are grouped framed pictures that were sent from relatives in Italy.

The antipasto, pasta, sides, and dessert sections of the Borogo Antico menu are divided into. Traditional handmade pasta dishes, seasonal fare produced with locally sourced meat, seafood, and multiply, as well as a long selection of fine wines, craft beers, and specialty cocktails, are all prepared by the restaurant’s chef making it one of the top restaurants in Oakville,

In 2012, the first Chop Steakhouse in Ontario opened close to Pearson International Airport in Toronto. With locations in British Columbia, Alberta, and Manitoba, the steak and seafood restaurant concept is imported from Alberta. Chop Steakhouse outlets all around Ontario, including Oakville, Ottawa, and London.

The Chop Steakhouse’s interior design, near the border between Oakville and Burlington, has a decidedly British influence. A large picture of even a horse sits inside the main living room, and the light cover is fancifully decorated by what looks like flying top hats. Amongst the steak types available are new york striploin, ribeye steaks, fillet mignon, premium bone-in ribeye and sirloin.
Sautéed mushrooms, Baked potatoes, truffle scalloped, garlic toast, sweet potato fries, potatoes, roasted pesto tomatoes, and parmesan chive mashed tomatoes are a few of the favourite steak side dishes at Chop Steakhouse Oakville.

This is in no way an exhaustive list but just a taste of what Oakville has to offer for every one of its eager tourists! To balance your spicy middle eastern cuisine with a sweet coffee, we hope you enjoyed this list. Oakville is a beautiful town that does not fall short of providing people with the best food they have ever had.

Check out Best Steakhouse in Ottawa. 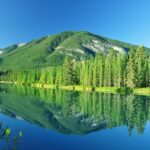 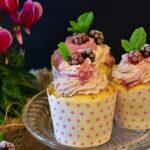