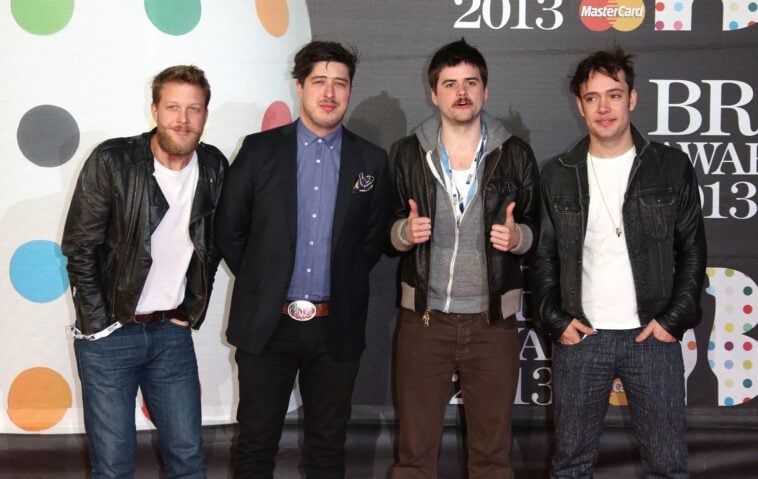 Music in the life of people has, from time unknown, played an important role. It has the power to transform our emotions. It is often said that music reaches parts of the brain that other compellingly stimulates the brain because of our emotional connection with it. Often what we cannot express with words is conveyed using these composed sounds into rhythmic tunes.

To celebrate their passion for music, four individuals came together, namely Marcus Mumford, Winston Marshall, Ted Dwane and Ben Lovett, and in the year 2007, formed a band in London named Mumford and sons. Their songs in folk-rock, alternative rock and indie-folk genre won millions of hearts in no time. The band mostly played keyboards, drum kits, guitars, and traditional folk instruments which include banjo, mandolin and resonator guitar.

Interesting Facts On Mumford And Sons

To get to know the British band a little more and journey through their period of transformation from what people labelled a ‘scene’ into a global heartthrob, a few interesting facts about Mumford and sons and its emergence are listed below.

1. Marcus Mumford Is Not The Father Of The Band Members

Although the name suggests the band members are related to one another, surprisingly, that is not the case. According to one of Ben Lovett’s indications, the name originated from the idea to elicit a sense of an ‘antiquated family business name.‘ Marcus Mumford, through the name of the band, became the most visible member but was also the organizer of the band and its performance.

The entire band was formed by musicians who play various instruments with proficiency. Marcus Mumford, Ted Dwane and Ben Lovett were the band vocals.

Around the same time, a few similar folk bands rose to eminence in the area of West London, which gave rise to the label ‘West London Folk Scene.’ Mumford, however, stated it to be an unnecessary dramatization.

In one of his interviews, he stated that it was more of a coincidence that a few bands that played music of similar genres happened to operate in the same area of the country, which some overenthusiastic entity must have given a label of ‘scene.’ According to him, it was more of a community.

4. The Band’s First Appearance And Project

With the help of Alessi’s Ark, Sons of Noel and Adrian, Peggy Sue and some other big names in the industry, the band completed its 2008 UK tour in the month of February. The band’s first appearance was marked in June 2008 when they first appeared at the Glastonbury Festival.

This was followed by completing their first project after a year of extensive hard work. Having been released in the November of 2008, it was an Extended Play named Love Your Ground, on Chess Club Records.

5. Gentlemen Of The Road

The band founded Gentlemen of the Road in 2009, a live promotion company, record label and organizer of a global series of Stopover Festivals. They signed a licensing deal with Island Records, Dew Process, Glassnote Records, and Cooperative Mushrough, their label.

6. The Debut Album, Sigh No More

On 2nd October 2009 in the UK, the band released its first debut album: ‘Sigh No More.’ The only song that was incorporated from ‘Love Your Ground’ in ‘Sigh No More,’ was ‘Little Lion Man.’ It was the lead single of the album. The second single, ‘Winter Winds’ then release with the others.

In USA and Canada, the album was released on 16th February 2010. At No. 11, the album entered the UK Albums Chart, then peaked at No. 2 on 20th February 2011, after which Mumford Sons received the Album of the Year award at the Brit Awards. It also topped the Billboard 200 chart at No.2 in early 2011. The album sold over a million copies in the UK and over three million in the United States.

The lead single of ‘Sigh No More,’ ‘Little Lion Man‘ was named record of the week by XFM’s Dave Berry.

It also topped the Hottest 100 list for 2009 with the most significant margin in the chart’s history by January 2010. They played it in their first performance on US network television.

They earned their first Grammy Award nominations for Best New Artist and Best Rock Song for Little Lion Man in the December of 2010.

‘Babel,’ the second album of Mumford and Sons released on 21st September 2012. ‘I Will Wait,’ the album’s lead track, made its television debut on Zane Lowe’s show.

Mumford Sons recorded their performance at Colorado’s Red Rocks Amphitheater on August 29, 2012. This new album debuted at No. 1 on the UK Albums Chart. It was also ranked first on the US Billboard 200 chart. In November 2012, a Babel tour was made public in preparation for their 2013 global tour.

After playing two concerts on June 8 and 9, 2013, at the Austin360 Amphitheater in Austin, Texas, bassist Ted Dwane went to the hospital the next day. After it was detected that he had a blood clot on his brain’s surface, surgery was done to remove it. A five-month sabbatical was announced, and the band postponed the remaining dates of the Summer Stampede Tour.

On May 4, 2015, Mumford Sons released their third album, “Wilder Mind.” It achieved the top 5 in nine additional nations, and it topped the US Billboard 200 and the UK Albums Chart.

With the addition of a session drummer to flesh out their rhythm section and the abandonment of their characteristic acoustic instruments, the banjo and upright bass, the group’s folk-rock style officially ended with this album. They gave a gig on May 1, 2015, a private performance for close friends and family. They subsequently issued an EP called Johannesburg.

Marshall praised Andy Ngo, an American journalist and social media personality, on Twitter for his book ‘Unmasked.’ The ‘Unmasked’ was an important book critical of the Antifa movement. His tweet received backlash on the app and criticism on social media.

Following the incident, Marshall apologized and announced he was taking time away from the band. He also denied the charges of being labelled a fascist. Later, he announced his decision to leave Mumford Sons so that he could speak his mind without affecting the band members and their families.

A significant amount of Mumford and Sons lyrical material has literary inspiration.

William Shakespeare’s Much Ado About Nothing provided the inspiration for the debut album, “Sigh No More.” The lyrics to the song Roll Away Your Stone are taken from Macbeth. The Odyssey is mentioned in “The Cave.” G.K. Chesterton wrote the novel St. Francis of Assisi, which is also referenced in the song.

Little Lion Man seems to be a retelling of Yvain, the Knight of the Lion by Chretien de Troyes, which is the tale of a knight who becomes insane after breaking his promise. Similar themes from John Steinbeck’s books Of Mice and Men, East of Eden, and The Grapes of Wrath can be found in the songs “Timshel” and “Dust Bowl Dance.”

Over the years, the band Mumford and Sons played and performed in front of friends, family and a great audience whose soul their songs could capture. Stage live performances across the country and playing in live concerts helped them to spread the aura of their songs. The band received enormous support through social media sites like Facebook, Instagram, and Twitter. The songs of recorded live performances are available to listen to on audio streaming apps like Spotify, Apple Music, YouTube Music, JioSaavn, Hungama and Gaana. 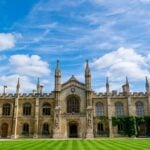