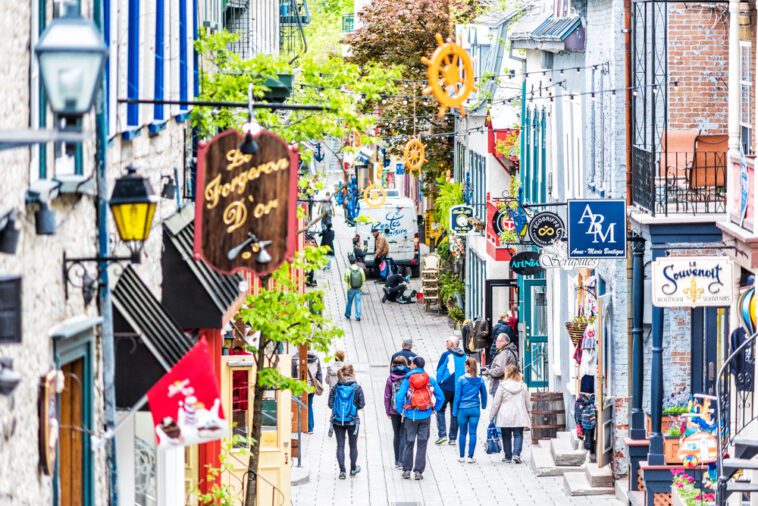 Apart from Quebec city, the other city is as famous as Quebec in terms of different cuisine and restaurants in Montreal; the thing that makes a restaurant famous, elegant, and charming is its staff, chef, and infrastructure.

The behaviour of the chef and their staff are so welcoming that you will never forget their way of greeting and will never forget their cheerfulness towards you. They also offer you all the cuisine from veg to non-veg, from their signature dish to the favoured dishes. They give you an ample menu that you will first not even be able to decide which dish you have to try first.

Apart from this, the infrastructure of the various restaurants is exquisite, they have a beautiful view along with ancient landscapes and modern art, and the dining is just like you have never seen anywhere.

Arvi is a Quebec fine dining restaurant. All the restaurants in Quebec offer a tasty menu with heart-warming dishes such as local Quebec cheeses, french restaurants, and delicious gourmet burgers. Apart from French cuisine, they also serve the french inspired Italian dishes. Some restaurants also serve authentic Italian cuisine along with their signature cuisine.

Best Restaurants In The Quebec City Of Canada

The culture of food in Quebec city is on par. The restaurants in Quebec City can deliver fresh and high-quality ingredients for every style of cuisine. No matter what food items you like and don’t like, whether in your budget or not, you will be amazed at your selection in the same restaurants in City Quebec.

There are so many restaurants available in Quebec City. You can order any cuisine in these restaurants, and every dish is presented in a very innovative and different way from other countries’ restaurants. Every restaurant here in Quebec offers very heart-warming dishes, which you will never be able to forget in your life.

It is a very famous and renowned icon of Quebec City which is located or situated in the center of Quebec City. Innovation and tradition are fused in this restaurant in Quebec City to accomplish or fulfill a sophisticated experience with some healthy ingredients. The Le Saint-Amour is basically divided into main three dining rooms. One among these dining rooms is in the garden, also called the indoor garden. It is the home of some very spectacular wine cellars or can, say wine bar, which can easily impress any wine lover. It is a very romantic restaurant in Quebec.

It is part of Auberge Saint-Antoine’s renowned hotel and it offers local cuisine. Under Louis Pacquelin who is the chief of this restaurant, this restaurant also offers traditional Quebecois dishes or cuisine with some innovative twists. It has a stunning and popular wine cellar house of more than 12,000 bottles, with almost more than around seven hundred different and unique labels from approximately fourteen countries.

It is renowned for its smoked meats. It offers sound, humble food, something that Quebec city takes pride in. The restaurant has a hot atmosphere and is friendly too. Owner Phillipe P. Bolduc is always there to welcome you.

It was built in the year 1675 and is situated in the very popular historic and famous Maison Jacquet. It is one of the oldest standing houses in the popular city of Quebec. These restaurants in Quebec city owe their names because of the Les Anciens Canadiens given by popular Philippe-Aubert De Gaspe, the house’s former resident.

Since the year 1966, this restaurant venue or location has been famous for cooking authentic Quebecois recipes, including duck, meat pies, syrup sauce, pheasant, and caribou. The waiters of this restaurant wear old Quebec City period clothes.

Le-continental is one of the prestigious dining spots in Quebec City. It is located in a house built by Jean-Thomas Taschereau in 1854. Since 1956, this restaurant in Quebec city has been offering traditional french meats in a very charming and sophisticated atmosphere. Its main menu contains delicacies, orange ducking, filet mignon and chateaubriand.

It is Quebec City’s only restaurant, which is vegan. It serves very delicious and affordable food. It is stylishly decorated with some local artist Berko’s graphics and chic. Chef Anne-Marie Grenier, with his staff, serves some inspired dishes which are very heartwarming and finger-licking. You will not miss the meat after trying these dishes.

It stands out in Quebec city’s landscape for its minimalist. It severs the Italian cuisine. This restaurant owes by Guillaume Saint-Pierre, Pascal Bussieres, and Paul Croteau. They also serve French cuisine. Reservation is mandatory in this restaurant, and it is tough to get.

Affordable and simple. It is an underground wine bar. Located at the bottom of the rue scoot or rue saint. The seasonal produce inspires it, so, as a result, no dish stays on chef Jean-Philippe Lessard’s.

A few suggestions for this restaurant are; always order the chicken with the homemade Piri Piri sauce. Here the chicken is cooked on the charcoal-grilled by the owner and chef, Stoyan Napoleon. That is why the chicken becomes more crispy.

It is a fine restaurant in Quebec city. Marina and Elsa Bherer owns this restaurant. Have your meal in the comfortable dining room or cooked from sous-vide at the house. This is one of the finest dining restaurants in Quebec City.

Chef Etienne McKinnon offers flavour-filled and simple main-size dishes. The decor of this restaurant is elegant with art-decorative furniture.

Canada had a more enjoyable night than Montreal, on the other hand, Montreal had a very notorious nightlife, ranking second to very popular Las Vegas, North America. The visitors have the legal right to gamble, drink, and visit Sainte’s famous Catherine Street at the American bachelor party. Quebec city nightlife is not as famous as Montreal’s, but the provincial capital boasts its party spots and events at Grande Allee.

A gigantic disco and bar greet its visitor to the very famous Le Dagobert, whose at least age is 25 years out of most local and private university students, and who usually do a party at the great Grande Alle.

Another famous Quebec nightspot is the Gatineau, where so many university students from across the river in Ottawa flock come to take advantage of Gatineau.

We are talking about the cuisine in the restaurants mentioned above, here I will explain in detail.

As Canada’s unofficial capital Montreal serves and gives up dishes from every corner of the whole world, and it is a seamless as well as an endless stream of popular restaurants. St-Denis Street serves very famous authentic and fantastic French gourmet meals to its visitors.

At Au Pied, De Cochon severs the foie gras dish served with stuffed pig’s feet and duck, apart from these very unique and adventurous Quebecois popular delicacies are served here. Pheasant, Bison, and many sugar pies are served at the wonderful Aux Anciens Canadiens, situated in Quebec City’s antique district. Sir Paul McCartney is one of the celebrities who dined and declined at Le Saint-Amour. Their gourmet french meals are very, very expensive.

Le Tartuffe adds its modern and new touches to its classic Lyonnais dishes and classic French famous meals behind Gatineau’s Canadian. Another Quebec city experience in eating that no one can miss is at the province’s number of poutine shops, which have a unique twist on their own.

Quebec City is the capital of Canada. It has many restaurants that offer different types of tasty menus, refined and creative dishes, and many types of cuisine that are heartwarming, inventive, and delicious plates. It has the best restaurants in Canada.

The cozy restaurant serves inventive dishes to its customers, which are also very famous. It is one of the top fine dining restaurants in Canada. Some restaurants also serve inventive bistro cuisine and creative dishes with layer textures. Every restaurant in Quebec is different in its way. 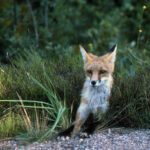